Sudden Demise: A trip to the city gone wrong 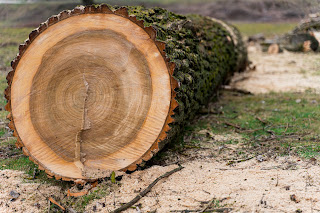 I decided to take a trip to the city. I had nothing to my name except a black duffel bag, enough food to last for a week, clothes, soap, towels, and a tent. I was running from a bunch of  narcissistic bullies and didn't have time to pack or plan better, because I have no where to live. The world appears to be very skank, useless, and faggot. After I arrived to the city, I popped up my tent and started living there. It was illegal, being that I didn't have money to travel to an official campground, and I also didn't want to be seen by anyone. I didn't want the sickening, gross bullies to find me. They are goofy, and my pain and suffering is not.

After living in hiding for about 4 days, I start feeling sickened. I felt more and more unsafe, so I packed up my luggage and moved to another area, in the woods near a bunch of industrial warehouses. I thought no one would notice me there. I didn't even have a car, I took the train. I stayed there for two more nights until one day a group of Klu Klux klan members walked past me. They were dressed in their usual all white attire and started to make a bonfire in the middle of nowhere, and I heard one of them talking to the other one. None of their faces could be seen.

The Klan came rushing towards me and I immediately took off running. I ran for about a half mile before I tripped on a log and fell. The two Klans people grabbed me and dragged me back over to where the bonfire was. In that short period of time, a cross was built and staked into the ground. The Klans people started nailing me to it like the story of Jesus in the bible and I screamed out in immense pain. Blood was pouring from my hands. I couldn't believe what was happening. I knew I was going to die. I couldn't scream, there was already tape over my mouth. The Klans people started to chant and walk in a circle around me, while I was nailed to the cross.

"Nigger, nigger, you must die. Your skin ain't white and you can't cry."

I couldn't believe what I was seeing. I didn't know that a level of racism so sickening, sadistic, and deadly even existed. It was like something you would see in a horror film. I knew it probably happened to someone, somewhere, in history, but I didn't think it would be me, and I also thought that hate like that only happened hundreds of years ago. I didn't know that type of stuff was still going on in the 21st century. Five minutes later one of the Klans people took the tape off my mouth and asked me a question.

I didn't respond. I was in shock and couldn't speak. I was already in too much agony.

"That's what I thought." One of the rednecks said. A few minutes later the leader of their chapter came walking towards me with a stick lit on fire and started waving it around me. Tears started pouring down my face. I felt sick. I urinated on the cross. The Klan person threw the fire at me and the cross started to burn while I was still nailed to it. My flesh started burning and the Klansmen took off. I died of third degree burns. The Klansmen were never held responsible, and no one ever came looking for my body.