An infestation of violent gay women is destroying my life: I won't say a single word to black women, because they are extremely harmful and dangerous to me 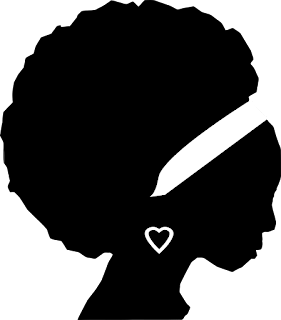 I'm keeping a distance from large crowds mainly because they are unsanitary, unsafe, and deadly. I like being alone. I like not having any friends. I really enjoy not having a family. I feel much safer, when I am not around predators, especially women. They are gross, and most of them are gay, and do not care about my safety or my life. They bully and annoy me to a sickening level, and I don't want to look at them, hear them, or see them. Yesterday, I had to see several women. They were black. I had to get in their car because I had to take a Lyft (I'm sure you know what that is). I couldn't decline the rides just because they were women. I would've missed my appointment, and more women drivers would've probably popped up anyway. The whole time I was around the black women, I felt sick to my stomach. I didn't like their music and I didn't want to hear them humming. One of the drivers made fun of the way I was dressed. The person kept asking me why was I so covered up in so much clothing while smirking and I didn't answer. When I got to my appointment, there were more black women. The sound of them talking made my ears hurt. I tried to make as little contact with them as possible, and I didn't say a word to any of them. If they asked me a question, I simply told them I don't understand English. I refuse to carry on a conversation with any black women. I don't care about their age, location, or the way they look. If they are a woman, I will not speak or look.

I was abused by my stepfather ( I used to call him "mom") and every other guardian I had when I was in the system. I do not trust them at all. I got bullied by them in the past on social media, and at all of my minimum wage jobs that I had. I never had any relatives, friends, or any women in my life at all. Not even one person. The gay black women isolated me a long time ago. Every black woman that I was left around, treated me nasty. I don't see any hope for getting along with any of them, because they only want to harm me. They are extremely scary and abusive. Black women abused the living daylights out of me. They harassed me and molested me (not sexually but they did spy on my nude body and masterbated to me-which is extremely sickening and disgusting being that I'm not a gay porn star and didn't ask them to) all throughout my entire adult life up until now. It is not my job to please homosexual women, and that is why I am never welcomed around them. They treat me like nothing and they are not real women. They have the sexual needs a fucking man-gross. They sleep with so many women, that they have no respect for my sexual orientation at all. They discriminate against me everywhere I go. That is the main reason they treat me like a slow person, and it is also the reason I am still homeless. The gays are still telling me no- because I won't let them molest me, rape me, or traffick me. I still have to take showers and change clothes in secret so they won't try to touch themselves or hate on my body. Whenever I take shower, I know that the gays are watching and spying. I don't have much privacy, because of my incestous relatives. Most of the gays know where I live, travel to, and all of my secret hideaways. I never tell anyone where I'm going to. It isn't safe. They track me everywhere anyways. I don't know where any of them or my relatives live- because I'm not a gay person and they are "off" and unwelcoming. I do not know who they are.

Most of the black women I met in the past were pimps, downlow lesbian predators, and madams - disguised as straight married women or sanctified religious people pretending to help me out of poverty. They were callous, evil, and downright gross, and they all treated me like a retarded slave that doesn't deserve freedom, money, or a wealthy, healthy life away from them. They are controlling, and sick out of their heads.

I'm still very afraid of black women, and when I see one, I run and hide. They put so much fear in me, that when I am in a house alone, and I think that my stepfather or another woman is coming to the door to see my stepfathers, I jump. I start getting shaky and I start getting nervous and scared, and I run off. I have gotten jumped by several narcissistic gay women in the past also, which is another reason I'm scared of them. Every morning, I'm still traumatized by their narcissistic faces. The sight of a black woman's face sickens the hell out me. They look very, very, very, dirty and gross, and they look like they want to rip my head off and beat me for no reason. They look like men and they act like men. They do not think like ladies at all. It disgust me that most of them, if not all of them, do not carry themselves like ladies. Their narcissisim is extremely unsafe for me to witness. They always call me names like "gay lady, crazy lady, bum, coward, lame, and tard" or they'll lie and tell people that they are my best friend or that they are related to me and they are not. When they pretend to know me, it feels extremely violating, like a rape. They are sickening, and they make my stomach sick every day. I can feel their funkiness and gayness crawling all over me every day. They really messed me up mentally, and they do not have any remorse. They never have remorse for being gay or hateful. They just get even nastier and more abusive towards me. Black women are monsters, and they will always haunt me for the rest of my life. Alot of them are more jealous of me now, than they ever have been, because I'm cleaner, purer, and I don't hang in crowds and I don't have friends, I don't carry AIDS, nor am I gay. They hate everything about me, and they will stop at nothing to see me in a grave. They are more life threatening this year, than they ever have been. I do not want to be around them. I do not want to be their family, and I definitely don't want to be their friend. I don't want them to force me to do anything, that I don't want to do. They should be forcing each other, not me- I'm not involved, and I don't want them dragging me down into their nasty downward spiral of violence and hate.

I also do not want to be near any nasty men, that back the narcissistic women up and cover for them. Sometimes homosexual men will lie or pretend that I'm in a relationship with them, just to make the women jealous and nastier. They are liars, I am single, and no man has ever had my back, nor have any of them ever protected me. They protected the gays, and were racist and abusive. I don't need all those messy people molesting me and violating me like that. It's just not right. They all seem to be needing more help than me.