I'm still disgusted with humanity and want a way out

I'm still disgusted with the entire world. I hate everything about being alive. I'm still getting bullied by one of my stepfathers. He is very dirty and mean to me. Everyone he knows, is a pedophile, a nasty abusive couple, or a gay stalker. I hate all of them. I've been running away from the evil monster since I was a kid, 17 years ago, right before I was raped by a evil, gross, tranny. I've ran away to different areas over 100 times I'm sure. The way they all bully me sickens me every single morning.

Just a couple of days ago, my so called father, stormed into my room where I was sleeping and told me to take my dark curtains down. Blackout curtains have never been allowed in his house. He also complained about me closing the curtains to the sliding back door to block people from looking. He harasses me and complains all day long every day, and I am always dodging him and all of his pedophile relatives and friends. I live in constant disgust, every, single second that I'm alive. There is no privacy in his house. Anybody off the street can literally see the inside of the house and he doesn't care. He always puts me in harms way on purpose. He is cruel and he is a monster and I am afraid of him and his entire family. After asking me to take the blackout curtains down, I didn't respond. He said "You are apart of this family whether you want to be or not!" I nearly vomited.

The tranny man (my "father") is forcing me to be in his inbred, pedophile family against my will. They treat me like nothing, and they are very "off" and weird, and they always have been. They harassed me, pimped me, snitched on me for minor stuff that had nothing to do with them, and then threw me away in jail to rot, hoping no one would believe me. His family wants to be known for preying on me and abusing me. They actually want credit for bullying and harassing me. It's sick and they are way past gross. They can not force me to know them and they can not force me to be a part of their sick, nasty, abusive, trifling, greedy, gay, weird family. I don't know those racist, gay pigs and I don't ever want to spend one single second around them ever. The people that don't understand, are just as dangerous, and I don't want to explain to the nasty narcissist anything, and I don't want to ask gay people for help when I am in desperate need. They will only abandon me, and pretend that they helped me. No one will really know my real whereabouts, and it is none of their business because they are all abusing and neglecting me in the most inhumane way possible. I don't want those gross, racist black people to ever know me, and I don't want them forcing their incest on me. It's gross and inhumane. They can not force me to be in their disgusting gross family. I do not want them to include me. They are a complete fraud, and they are only pretending that they are caring for me. They are liars and they do not love me. They abuse, harass, stalk, and neglect me. They are cruel, inhumane, and tragically gross and always will be. I am not the cause of their problems. I do not do anything to those gross, nasty, people. They just don't love me because I won't be nasty and gay for all of them. I do not want those gays to keep placing blame on me, and stealing my life. They've already taken enough from me. They are callous and will never have a heart.

The mean trans man continued in the gayest sounding, faggot voice ever "We don't live in darkness around here, we believe in God, so if you don't take the curtains down, I will." I didn't respond and I didn't take the curtains down. I've been avoiding the tranny for two days. He makes fun of the way I dress every other day. He wants me to uncover myself, so his gay friends can pick on me and bully me even more.

Unique clothes that fag women will never have on

I'm going to stay covered in several layers of loose fitting clothing as long as I'm around the predators, even if it's for another decade. They are too sickening, faggot, and racist for me to walk around freely, showing them my face, skin, and body. I'm even going to start making the clothes myself, because I don't want to buy anymore clothes from any gay looking companies or any women owned companies. I won't support them. They don't deserve a penny from me. I've already started my own high fashion clothing line called Oya Obinidodo, and the clothes will never be sold online to the public. They are for me to wear only. So far, I've created over 16 designs, but some of them got tossed, because I started wanting to show off my arms and legs. The designs had to go. Now, I only have 11. My first luxury piece should be completed by November. 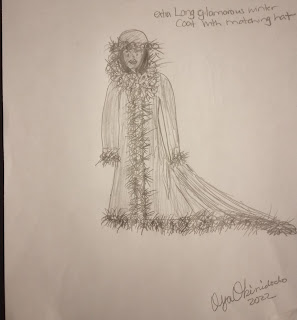 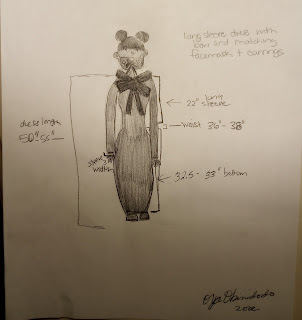 I can't find a place to travel to anymore

I ran out of places to hide and run to, because the people that are still living at home with their abusive parents, sucking on their mamas tits like infants and sucking their own dad's penis, still think it's appropriate for me to be getting abused and neglected by relatives in my 30's. They are gross. I can't turn to people like that for help. I won't go to a shelter, because they just want to molest me in there and throw me away. They are packed with child molesters, gays, and predators. I won't go to a hotel for the same reason. I'm literally still on the streets begging. I don't know a single soul, and the predators get off to knowing that. I have no one. I won't include myself in a pedophile family that just wants to set me up and throw me in the garbage to rot and die. I'll never let a bunch of gay, greedy pedophiles drag me down into their nasty, disgusting, family. I can't get off of the streets anymore. It's overcrowded with gays and murderers and no one will care about me. I will never, ever be safe ever, ever, again. People are all for themselves. The sick, hopeless, abandoned, feeling that lies deep in the pit of my stomach is going to last forever.