Predators at colleges: The reason I never went back to college 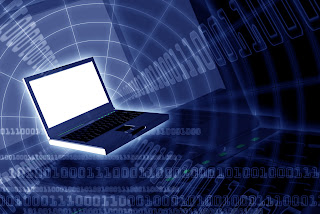 The United States- Getting an education is extremely important in today's fast moving world. Unfortunately, a lot of colleges never met my expectations due to safety concerns. Millions of predators and bullies roam campuses and classrooms, just like they do everywhere else. There is also an issue with uncleanliness at colleges. College campuses are extremely dirty, overcrowded with people, and I wouldn't want to touch anything there, stand or sit too close to anyone, or breathe the nasty polluted, unclean air there. Here are five reasons why I never stepped foot onto another college.

They’re are a lot of weirdos and homosexuals at colleges. They infest the campuses with wild frat parties and concerts and they are filthy and extremely trashy. That's too many people, and the campuses appear to be nothing more than another nasty infestation of ratchet human beings.

I never went back to college because it is extremely expensive. One semester alone cost thousands and thousands of dollars. I never had a loving family, to pay for it, and I couldn't afford it myself. I don't like using grant money, and I don't apply to scholarships. I also don't like going to community colleges, because they suck, and I have to start there, because I have a GED. I do not want to get a two year diploma at a community college and then transfer to a four year school. It's just not my style. If I couldn't graduate from high school and go directly to the four year school, then I'll pass on going at all.

People become millionaires without a degree

In the past, I've heard horror stories of people going to college and getting a diploma, and still don't do shit with their life, especially “women”. They get a degree and sit on their nasty ass and can't hold a job, or they get married to a bum and become a homemaker, and don't do anything but lay on their nasty backs, or they end up taking a job where they have to dress like a man and wear the same uniforms that their male counterparts are wearing. I'm no where near inspired by people that have a degree. They still aren't shit, and I don't need a degree. I'm going to be a unemployed gangster and a convicted felon until the day that I'm deceased, and I'm okay with that. It wouldn't be wise for me to be at a place as unsafe as a college campus.

Alot of bullies go to college

Alot of fags and homos went to college when I was there. They looked down on me because I was a loner and didn't know anyone, and also I was very poor and unpopular. It was extremely gross and unsanitary to get picked on like that. I was also more interested in getting fast money at the time, verses wasting 4 years of time going to a dirty, disease infested, hate and crime infested college.

College is boring, filthy, and shootings happen often at a lot of them

College is extremely infested with snitches and gays. Why would I want to sit in a class full of those? Why would I want to listen to lectures from a piece of shit teacher that's probably a pedophile? I'll pass. Why would I want to take classes online, just to get bullied by a bunch of homos where I'm living at? College is a complete waste of my time and there are a lot of ugly gay women and men hanging in groups and pairs there. They all look like gay piles of fish and feces to me. The dorms at most colleges are also very, very, tiny, and a lot of homos eat cheap ramen noodles and have sex in there, just like all of those close jailbirds I witnessed in the past. Alot of them went to college. I can’t look at all that just to learn. Whatever I need to learn I can learn by watching a DIY video in the comfort of my own space and privacy. I can purchase books online and read them myself, where it’s much safer. In the comfort of my own space, I don't have to worry about a bunch of gays or a bunch of school shooters either.
Labels: Crime non fiction