I'm still being silenced by a bunch of gays and I can barely eat, sleep, or breathe around them 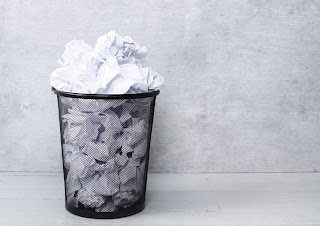 I'm still stuck in an on going non stop infestation of sickening inbred people, pedophiles, swingers, gays, and racist black people. They are so mentally draining, that I can barely write around them. I'm scared of them. I can barely eat around them, bathe around them, read around them, rap, or walk my dog around them. I still can't go anywhere in public because they might attack me, and I'm still being isolated from the rest of society.

I'm not isolated enough, because hiding in a house around other people in an overcrowded neighborhood, is still not seclusion. People still have an ugly voice, ugly, dirty, unclean faces, and an ugly, unsanitary attitude. They are the gays, and they are extremely close and over protective of each other. I still have to wear a isolation suit, a face covering, several layers of clothes, gloves, and shoe protectors everyday. It still isn't enough.

I'm never going to feel safe again around people. I'm still outnumbered by the predators and gays. One of the predators where I'm staying at, keep asking me to take my face covering off inside of their house and car, or I won't be welcomed. People are just "off" and grossly abusive towards me. I can't remove anything. They do not need to see me. They do not need to hear me, and they definitely don't need to touch me, not even for a handshake or a hug. They are too gay and disgustingly sickening.

Down on my luck again

Over the past couple of weeks, I've had a sudden rush of bad luck. My car didn't pass a state inspection, my iphone SE stopped working, I got stuck in a nasty rough area, I had to take several Ubers, buses, and trains to get out, then I paid $90 to get my iphone repaired, only for my animal to chew it to unrepairable ruins. I've been without a cellphone for a week now. After that, on August 28th, I got scammed by scammers on Google. Five Bogus charges appeared on 2 of my debit cards. The theives stole a total of $79. The charges would've kept appearing, if I didn't empty out my account and report it to the two banks. Hopefully, I'll get my $79 back soon, and the perps will get the fuck out of my business. I'm tired of getting scammed by different companies and shady, low dow, dirty people.