Multiple voices control my life: I’m being forced to enjoy living in misery and disgust 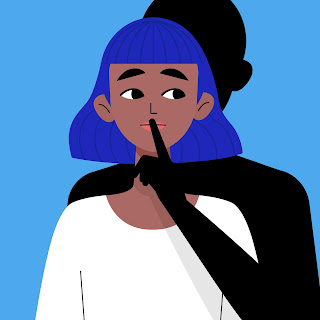 The United States- Since I can’t have what I want in life, I might as well enjoy every minute that I’m miserable and angry and disgusted. I thought that as a human being and an adult, that I could have the freedom to live the way I want to. Obviously I can’t live the way I want. My life is being controlled by trannies, murderers, squares, religious people, and homosexuals. I have no say so in the way I want to dress, where I want to move to and live, where I want to shop, the job or education that I wish to have, the places that I want to visit, the books I want to read, the blogs that I want to write, or the city I want to die in. My life is so disgusting and miserable, that it sickens me on a daily basis.

I have no mother, no extended family, and no friends, but my life is still being controlled. Everywhere I go, there are nothing but millions and millions of people that stick to the people they already know, and they make me feel left out because they do not know me, and they do not want to get to know me, because they rather be abusive and murderous towards me instead.

The way people stick together, makes my stomach turn a million times. When they all run me away, or attempt to throw me away, they start hi-fiving each other, and sticking up for each other and covering for each other when they bully, snitch, torture, and harass me. What a dirty, gross, unsanitary, unclean, and yucky way for me to feel 24/7. Yuck! What a waste of space and a waste of a human life. I don’t have a voice at all! My belief system is very different then the majority. I’ll never fit in with the rest of the world! Yuck! I’m all alone! Why was I born? Why can’t I just die naturally? Why do the gays and the religious people have to treat me so disgusting!? Gross! Humans appear to be nothing but a unclean infestation to me, especially when they are packed closely together, or are on top of each other in a huge pile and won’t get off of each other.

Keeping my ear to the street: The consistent violent, deadly, screaming, brutal, voices inside my head

I listen to a lot of voices. Believe it or not, there are not that many voices in my head. There are only about a dozen or more. The voices come from people that I have physically met, know their name, address, and description, and has physically, verbally, or sexually abused and spied on me or stalked me in the past. Their abusive remarks replay in my head over and over on a daily basis, because I know that they are still after me. They were very cruel, sinister, deadly people. For example, one of the leaders of a group of past abusers says things in my head to me like..

“Nothing will ever protect you from me. Everywhere you turn you will not be protected and you will never get any protection from us!”

Another group of many abusers says things to me in my head like,

“You are a dirty retard. We ain’t never giving a bum like you anything! You’ll never be loved!”

I continue to drown the nasty controlling voices with medication, alcohol, writing, and cannabis. What really surprises me is one of the new narcissistic abusers that have recently gotten into my head. The he-she has been in my head for about 6 months. I’ve never seen him a day in my life. He is so tricky, that I can not accurately describe how he physically looks, but he is black. When he is a woman (in drag), he likes wearing his hair long. He likes red lipstick, and long fingernails. When he is a man, he stands on the corner all day long, in front of the store. I don’t know his name or his exact location, but he demands things to others in his circle like,

“We ain’t giving that nasty lady nothing!”

The he/she also questions me in my head, asking me questions like,

“Who told you, you could travel?” or he’ll say, “Who told that bum she could could live that way?” to his friends. The black he/she is very superior, gruesome, and disgustingly and grossly racist towards me- like the rest of the world is.

“We know Oya’s body naked! I know what her body looks like! Everyone has seen it!” He continues to take everything from me.

I continue to drown out the same new unidentified voice on a daily basis. I have no idea who the guy is, but he is a HIV positive transsexual that cross-dresses back and forth. One day he is a woman in drag, the next day is a man looking for a woman to have sex with. He doesn’t have breast implants, so the fact that he is a transsexual isn’t very obvious when he’s being a normal looking man. I hate being controlled by those sickening voices. They are very stank and funky. I do not act like other people, especially stank women, and I do not show people my face or body at all, because I might catch HIV, Gonorrhea, Syphilis, a cold or the Flu, a stomach virus, Covid-19, Tuberculosis, Chlamydia, Herpes, or Hepatitis from them. Out of all the voices I have heard, the unidentified transsexual man with the HIV has been the most brutal and evil of them all. He is in my head 24/7. I have no idea who he is, his name, or where he lives. He is not “soft”, just because he is feminine some days. He is very dangerous and life threatening. I do not want to ever meet him or bump into him in real life. I’m fully aware that someone out there is seriously trying to infect me with the deadly disease, and not a soul on earth is going to save me when he comes for me. The world is going to call me a nasty prostitute, but in reality though, it would be a home (car/hotel/tent) invasion or a kidnapping, and a rape, because I am no longer having sex with anyone (almost two years) and I do not want to ever again for obvious reasons. The sex would be against my will, most likely, by gun or knifepoint, and the nameless, gay attacker will already know, that no one will ever believe me.

Some of the different abusive personas voices go away for a period of months or years, and they come back to haunt me again later, but there are about dozen that remain every single day- non stop. Some of them are women and some are men, but they are all very evil, brutal, unsupportive, grossly negligent, and disgusting, and phoney towards me. As I was writing this, I heard several brutal voices say,

“Who told you that you could tell us that kind of information about yourself?” One of the voices was a racist black female (who’s name I will not mention, but I know who it is), and the other one was a white male. The same white male that is always in my head every other day questioning me. He is a police officer, and also a racist cross-dresser that goes undercover as a woman regularly, to gather certain information, and to make arrest, and his name and exact whereabouts are unidentified. In real life, I have came to the conclusion that it was the racist, black female that put a gay undercover police officer on me in the past. That is one of the reasons I do not look at the dirty, unclean, sickening faces of black women, and I do not let them look at mine, and that doesn’t mean that I’m gay, or that I like white women. If you’ve been reading my work, you would know by now, that I do not like women at all, regardless of their race or ethnicity.

Another reason why I do not go out in public, meet people, eat out, date, show my body off, or dance, is because there are too many transgenders and police hiding in plain sight, and I can not tell what their body parts are anymore. When they switch genders, it is not that obvious- especially if they have undergone surgery and hormone therapy. People do not want me to get to know them personally, because they are too sneaky and life threatening.

“Stop stalking us!” in my head. I nearly vomited. I’m not stalking anybody, and I’m not watching them.

About five more minutes later, I heard a voice from a fat, black, dark skin, woman telling her friends,

About 20 minutes later I heard several ghetto voices from HIV positive people that I have met in real life saying,

“We ain’t never being that girl’s family. That “tard” ain’t got nobody!”. I even heard a voice from one of the two children that I birthed saying “That ain’t even my mom!” I tried laughing to myself, but I couldn’t. It isn’t even funny. The voices already made me aware in the past that they aren’t laughing with me, they’re laughing at me.