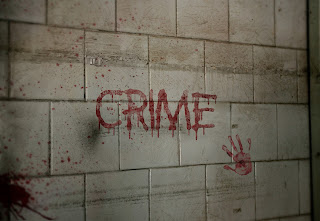 The U.S.- Gays are everywhere. They don't just go to places that have rainbow flags attached to them. They are in regular restaurants, stores, clubs, and schools. They blend in with regular people, yet they still engage in homosexual behavior and still might be HIV positive on the down low. As a single, straight person and parent, I personally do not like the LGBTQ + people all over America, and I can feel all of their nasty, gay, HIV/STD, rainbow infested presence, everywhere I go, therefore, I don't go anywhere- even when I travel. They all have the nastiest, funkiest, dirtiest, most incestuous, most sickening, most deadly, most evilist vibe and presence in the entire world, and my life is in danger every single second that I'm alive. If you can relate to the story I’m sharing and you are not a homosexual, then the this list will help you avoid meeting people the wrong way. No one warned me about the dangers of talking to strangers. I learned the hard way, so my readers, wouldn't have to. Here are some of the ways homosexuals meet:

Gays are always at parties. They love being in the midst of a large crowd. If there is any kind of party going on, then you better believe that it is going to be infested with openly gay homosexuals and trifling down-low homosexuals. Gays, swingers, and party animals are always at bars or clubs dancing in groups or pairs with a big happy smile on their face. They are always cheerful and happy, extremely friendly, and ready to meet and give out their number to anybody. They don't always hang with their own gender when they party. Sometimes they hang with the opposite gender to cover up their homosexuality.

Sometimes, homosexuals leave the nightclub or bar with random strangers and have one nightstands with multiple people or one person that they just met. Sometimes, they don't even get to know the stranger's real name, and they don't use a condom with them. Gays are very easy to get in bed with. They won't take a HIV test with you, or give you any personal information about themselves before sleeping with you.

Gays are always at drag shows of course, and they always go to brunch with a bunch of other transsexuals and blow kisses at each other in front of fashion boutiques, bars, and coffee shops. Some of the drags twitch when they walk. Even though it's funny, I still don't laugh.

Homosexuals dress up in the opposite genders clothing and they walk back and forth on the highways and on the street corners, all day or night long until they find a date. This particular tactic that they use to find sex or love is called “walking the track”.

Homosexuals sometimes post sexual ads online selling their bodies to strangers for a profit. Not only are the homosexuals that are posting the sexual ads gay, but the buyers, which are usually working class people with a family that they love, are also homosexual and life threatening.

Gays pose as the opposite gender online to prey on innocent victims. They also use a lot of internet chatrooms and sex hotline phone numbers. Sometimes they even use sexual crisis hotline numbers to meet other gays.

I've witnessed hundreds of gays throughout my life getting introduced to each other through their mutual friends. Gays know a lot of people. They always have a friend available to give away to one of their other friends. Most of the time, they've already slept together.

Gays love meeting each other through social media. They use Facebook, Instagram, Tik Tok, Snap Chat and whatever other social media platform they can use. They infest social media on a daily basis, an each social media platform's users continue to grow by the millions and billions. It's unbelievable the number of predators on there. They are real people, not bots, and there are millions and millions of them. I stopped using social media a year ago, because of the number of sexual predators and online bullies on there, has increased drastically within the past five years, and not all of them have a rainbow emoji or the correct pronoun their bio.