How to be cautious of fake gangsters and gang members 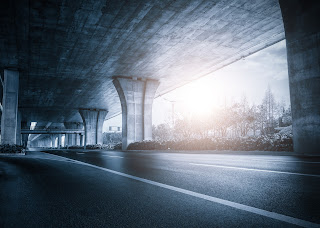 Under a bridge- Www.freepik.com
By Oya Obinidodo

How to identify a fake gangster

The United States- A fake gangster will beat or slap up random people often for no reason. They act like they can get away with it, or that they are above the law. Don't trust their fake act. They are not above the law and they usually almost always have to end up facing a real gangster in the end. They go looking for fights and arguments on purpose because they know that they are flaw and ugly on the outside and inside. They are extremely weak people. Fake gangsters love to send a lot of threats and they love to harass a person that they don't even know. They hang in packs. Packs that are infected with diseases and orgies. Fake gangsters wear a lot of bandanas around their wrist, head, or ankle. Those bandanas are absolute garbage and need to be thrown in the trash. Fake gangsters aren't loyal to anything. They run from clique to clique, just to fit in with whoever is the most popular for the time being. They love looking for a “family”. Their bandanas have no real meaning, and anybody could put one on and try to call themselves a gangster. They probably never even did anything gangster in their whole entire life, except for having a 9-5 job.
Some fake gangsters, wear matching T-shirts in pictures and videos on the internet together. I personally don't cling to those types of groups, because they mostly consist of fake gangsters, and “family oriented people” and are extremely flaw and dysfunctional. The fake gangsters that wear matching shirts and skinny jeans, are usually infested with mistrust, extreme betrayal, murder, and dishonor.
Fake gangsters love to brag about their offspring, and spend most of their time away from them. Yuck. Fake gangsters steal and lie a lot. They never have any proof to back up what they say and yet people still believe them, because they are gullible. Fake gangsters use a lot of drugs such as crack, cocaine, herion, meth, molly, pills, and other dangerous drugs. Never trust a fiend, they are not a real gangster. Fake gangsters love setting a vulnerable person up for absolute failure. They have the attitude and mindset of a leader, but only give out faulty, misleading, life threatening, bogus, instruction to their needy followers and fans.
It is very important that if you are in the streets by yourself, or if you are looking to join a gang for the heck of it, that you be aware of fake gang members posing as real thugs. You may be out and about, and see a large group of thugs hanging on the corner every single day, year after year, or you may see the same prostitutes or busted bums walking the streets every day and think that they are real street thugs. You may even spot them in a club, on TV, at a casino, on the internet, at the mall or anywhere where there is a large crowd, posing as real thugs. Fake gangsters play a lot of loud, faggot, obnoxious music when they party. They are not real gangsters, a lot of them work undercover, and are the real police. They never caught a charge, and they never spent one day in jail or prison. They spent their whole life posing as gang bangers and were nothing but a snitch, a homosexual, a cop, or all three. It's disgusting out there. Don't trust all of those crowds and hanging on the corner. They are infested with AIDS, illegal drugs, and some of them are transsexuals. Most of them had a bunch of orgies together, and have no where to go anymore, as I stated previously. Do not trust someone just because they pretend to be a thug, do your research and make sure you know who you're talking to. If you don't, you might just ruin your life.

How to identify a real gangster

First off, real gangsters do not do any of the stuff that fake gangsters do. Real gangsters don't snitch to the police whenever they get in an alteration with someone. They handle their problems themselves, and they don't go looking for backup. They definitely don't spend their lives gossiping or laying on their back looking for a handout. Real gangsters do not go looking for trouble, they wait until it finds them. They depend on themselves and no one else to come to rescue them after the whole world has turned their backs. Real gangsters have spent time in solitary confinement and do not ever wish to go back for one second. They can spot a snitch, a cop, or a homosexual from several thousands of miles away. Real gangsters have “tunnel vision”, and can see a situation more clearly, to avoid extreme punishment. If you push a gangster to the limit, you might still be putting your own life in jeopardy.