Do not try to steal my life: How my obituary should read 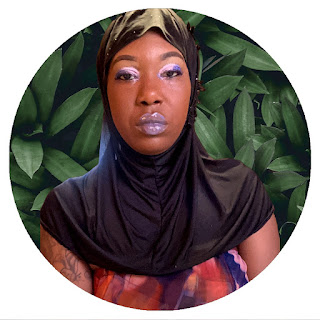 Suffolk, VA-United States- When my biological mother (a trans woman) passed away in 2018, they put the wrong last name on the obituary. It said my last name is Batson. My name is not Thea Batson. My name is Thea Arnold and that is what the faggots should have put on there. I have never been married in my life. My name has always been Thea Arnold since birth. Calling me a Batson was very disrespectful. I do not hang with the Batson's and they were never in my life. My biological mother, Miss Delma Batson Jr., did not leave me anything when she died. Her son, (the married ugly boy that name start with the letter C and ends with N) sent me a copy of the will in 2018, when she died, and my name as not on her estate. Why the fuck would I want to be called a Batson to a “family” that neglected me and doesn't take care of me? That is very evil and nasty. The Batsons are predators and they are also the real police. Do your research. I didn't even mean to mention the Batsons on my song “Too much beef” but I couldn't hide the pain that they caused me. I have two other unreleased, already recorded songs that I won't release because I found out that the people I mentioned in the song are the real police. I do not speak or talk to police and I don't need any confusion. I ended up re-writing  the unreleased songs before the release of my debut album. I do not want any police being mentioned because I do not like them, and they are life threatening bullies, and they are not on my side.

I only hang with Arnolds, and I only know two of them. Calling me a Batson on the dead woman's obituary was so disrespectful, that I'm worried about how my own obituary will read when I die. I then became more aware that they could possibly falsify some of the information on there for their own sick gain. I do not want to die around anybody. I do not want to do around sick, faggot, low life, bullying, incest-having black people or any white people! I don't know any of them! I do not know none of these pedophile, gay, homosexual, fake, greedy, predatory people in America! I do not want a fag to write my obituary. It should be written with respect because I am a human being, and I haven't done anything to anybody! I've never any caused harm to a single soul.

When I die, my obituary should read:

(*no one else should be listed. I do not know anyone else, and the “parents”  do not have to be listed if they do not wish to because they are snitches. Any other names that would appear on my obituary other than the ones I just mentioned, are fraudulent. I have never met anyone else in my “family” from the time I've been born. I also do not know any of Stacy Town’s family or any of Morris Town’s family or relatives. No one else’s name should appear.) The obituary continues...

Thea M. Arnold was born on March 27, 198# in Suffolk, Virginia. She died on __(enter date)___ in ___(enter location)____. (should be the exact real location of death not a bogus location such as Virginia) She was a hardcore felon and thug. She spent all of her life as a hardworking, struggling, impoverished, single mother and migrant. No one was ever there and she became a victim of bullying. She struggled with depression for two decades, and still remained HIV/AIDS negative throughout her entire life. She was in the system all her life, and was subjected to more abuse, racial injustice, and sexual harassment than the average teen mother was subjected to. She never knew who her family was, or any of her relatives because they were not in her life-she raised herself because they were all fake and non existent. She had became a teen mother at the age of 17 and 19 years old, and had a baby with a complete stranger she only met once, and never knew, and he disappeared forever. She enrolled in college immediately afterward, to study Childhood development. After that, she was employed working several different basic jobs throughout the next 17 years. She never graduated.

Thea loved the outdoors and solo traveling more than anything in the world. She wanted to die doing something she loved- seeing the world, and raising animals. She was a hardcore gangster rapper and writer that went by the name Oya Obinidodo. Her rap was inspired by years of being a hardcore convicted felon. She knew that the past would never be erased, and that the choices she made, were permanent, like the artwork on her body.

(The link to my site should be added) Thea's blog: https://www.theroughoutdoors.com/?m=1

YIf my obituary reads anything other than the information above, they are telling a lie.

I would like to be cremated and kept in a urn, or buried somewhere in the California desert in the U.S., in Mexico, South America, Urkraine, Iraq, or any middle Eastern country. I do not want to die in Africa or any other country or states that I didn't mention. If my physical body is being buried, and I hope that it isn't, I hope that I am buried in all black Islamic attire, a black hijab, next to a large, black, Santa Muerte statue. I am really not a Muslim, I just like wearing Islamic clothes, for the sake of being Holy and covering up my tattoos, head, legs, arms, and bodyparts. If I'm not dressed in Islamic clothing when I'm dressed for my casket, then oh well. It won't even matter.

I'm not a fucking Muslim. I only pray to Allah on certain occasions and I do it in private, not at a mosque because I don't like being around other people. I wouldn't want to go in there anyway, because they look too dirty and mean. I'm still celibate, and I don't wanna get picked on. I do not read the Quran, but I am still extremely Holy. I eat pork a lot, another thing a Muslim person shouldn't do. I eat pork because the protein is good for my health, and I also like the way pork tenderloins and bacon tastes, which is why I don't want to be a Muslim.

I take care of a lot of different dogs as close companions, which a lot of Muslims don't do, because it is said to be unholy, if the dog is being raised indoors. I technically can not raise a dog outdoors in America. I need the emotional support, and the thought of leaving the dog outside, sounds like animal abuse. At the same shelter I adopted my puppy from, there was a dog there that had been chained up outside all of his life. He was 12 years old and was very tiny and aggressive. The shelter said that he had been seriously abused and neglected. I would never put a animal through that. Dogs are not dirtier than people. They should still be treated with respect. I can't afford to build a separate house for puppies. Having that many dogs in one house sounds similar to owning a dog kennel or a dog pound. In my situation, I can not afford to own all of that.

I would like for my deceased pit bull’s ashes to be placed inside my casket. If my labrador dies with me, than my puppy should be cremated and placed inside of the casket. He should be given a separate tribute for being a good emotional support animal.

If I am buried, and again, I hope I’m not, I only want pink or yellow roses surrounding the headstone. All of the roses have to be one color. I want hundreds of them. I do not want multiple different colors and types of flowers surrounding my grave. It looks fruity, nasty, gay, and tacky. Just thinking about all those yucky different rainbow flowers being there sounds bogus and gross! If the flowers aren't what I asked for, the people that left them there were bogus! Also, if I am buried, I want a picture of Santa Muerte and my deceased pit bull engraved on the headstone next to my name.