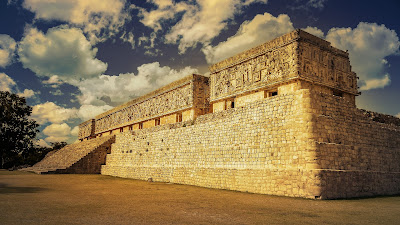 I didn't want to travel to Yucatan. I wanted to see the whole entire Mexico. I wanted to stop in Tijuana to grab a taco. Then head over to Baja, to spend a couple of nights on a private Island. Then I wanted to ease my way down to Mexico City, and spend a couple of weeks or months praying at the Santa Muerte shrine-alone, getting inked up, writing, shopping, walking my dog (mi perro), going to a local Spanish learning school, and recording music. Then, I wanted to head on down to Guerrero, Oaxaca, and Veracruz to visit a bungalow by the ocean in each state. Unfortunately, according to the Mexican travel advisory, it states not to travel to those dangerous crime infested places, or I would be at risk for death, incarceration, or I could get stuck there, or become the victim of a serious crime- such as kidnapping. The last place I wanted to go, was the Yucatan, to sit in absolute silence and plot on my next move.

Let me explain what's wrong with each one of the activities on my “First trip to Mexico”itinerary. Stopping in Tijuana for a taco is a bad idea. Why? Because the murder rate is through the roof. They have the highest number in Mexico. There are nothing but human traffickers, illegal immigrants, and human smugglers roaming the territory. I'll never be too afraid to talk about it. Going through California to get to Tijuana is a huge, fucking, mistake. No way on earth, would I want to take the deadliest route in North America. It is pure terror there. It is hell on earth. It is a nightmare. It is more hellish than hell itself. Just think about all the murders and kidnappings that have taken place right there, and all those people that are stuck right there, trying to escape. Should I want to risk my life for a taco? I think not. In Tijuana, I’m going to need more trained dogs, more video cameras, a private investigator, a huge team of armed bodyguards, a translator, and a anti spy device. I just don't have all of that right now. 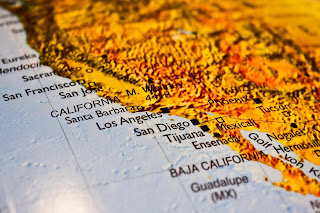 Next but not least, Baja. Why in the hell should I risk going there, around all that water. What if I fall in? What if I get stuck? What if I loose cell phone service? There's a lot of crime over there and there's millions of people. It's not as much seclusion as I would like. There is no such thing as a private island in Mexico. They are all available to the public.

Mexico City to pray at a death cult shrine? Why would I want to do that? I love Santa Muerte and all, but with the crime rate the way it is in Tepito, I could get mugged or stabbed just walking down the street. I can look at Santa Muerte somewhere else, or set up a altar in private where I should be. I don't think getting my whole body tatted is a good idea either. I might feel more disgusting later on. Writing, shopping, and walking mi perro, learning more Spanish, and recording music are all risky activities en Cuidad de Mexico. At least, I feel like they will be. There are a lot of prostitutes walking the corners and cartels running the streets, demanding instant respect, in whatever form they wish. Guerrero, Oaxaca, and Veracruz to visit a bungalow for a few nights? I don't know. I'll be inching closer to safety but not just yet. I'll still be inside the bungalow alone, looking over my shoulders day night. I'll get to enjoy looking at the stars while enjoying a wealthy, healthy, meal and sipping a glass of of tequila with a lime, though.

Last but not least, Yucatan. The so called safest place on the government travel advisory list. Why would I be hanging around there ALONE all by my black self? Sitting in a hotel for a couple of nights drinking while people flex on me with all of their friends and family? Yuck! I can do that right here in America. Post an ad an sell my body? I don't think so. Go out in public and humiliate myself around the folks la familias- I think not. Waste all my money shopping just for nobody to look at me? - Pass. Yucatan isn't safe for me, and I'm going to avoid it, because being narrowed down to one Mexican state like that, just isn't cool.