What I’ve learned so far about HIV/AIDS 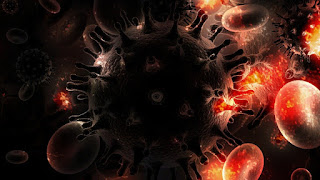 The United States- Human immunodeficiency virus, also known as HIV, is a diseased that was originally in a chimpanzee, and started in Africa, and spreaded to the United States by the 1970’s. There is no cure for the disease, but with constant treatment and medications, a person can live to see a normal lifespan of up to 77 years. If they don’t seek treatment, then their lifespan will be a lot less shorter. A person that has full blown AIDS (acquired immunedeficiency virus) will die around 10 years after their diagnoses if they go to treatment. If they don’t go to treatment or take medications, then they will die 2 years after their diagnoses. Basically a person with HIV/AIDS will live longer if they go to treatment.

Symptoms of HIV are:

Symptoms of full blown AIDS are:

Spots or rashes on fingers and hands

Just recently this past July, a large number of brand new HIV infections have occurred and spreaded in AISA and the pacific. In the United States, Washington, D.C. still has the highest amount of HIV/AIDS patients in the entire United States of America. Washington DC’s HIV/AIDS infections rate is triple what the other states are. The next state with the highest HIV infection rate is California. After California, it is Florida, New York, Virginia, Texas, and a number of other states.

States with the least HIV (HIV/AIDS infections in the following states, are very rare. They are not listed in order):

Some homosexual or down low men with HIV/AIDS have had a high number of sexual partners, ranging from 500-1,000 in their entire lifetime. The first AIDS case in the U.S. was in San Francisco, California, in the early 1980’s.