America is one big death trap to me: There are too many sexual predators everywhere 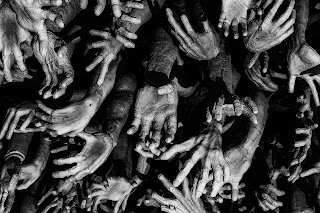 America is one big death trap to me: There are too many sexual predators everywhere

The United States- I do not want people looking at me. People are sick, as I am always trying to explain. I do not have friends and family, and I live on the street, so I am usually always in immediate danger. Bullies, women, and men treat me like a piece of prey. They are all sharks and I am only a small fish. It’s hard to survive that many bullies, and that many unsanitary, funny acting, greedy, sadistic people. I woke up feeling gross again, because that’s how I wake up feeling every single morning. I’m still being watched and it sickens me to the core. I don’t want my body to seen, I don’t want my face to be seen, I don’t want to be spied on indoors or in the shower or while using the bathroom or sleeping. People do that type of stuff to me, and I have been violated to he max. I’m always nauseated and my body always feels extremely gross and uncomfortable. I do not like being around crowds of people, or families, and I don’t want them looking at me. It really hurts. Predators can not hurt what they can not see. If they are seeing me, they will hurt me.

Sexual predators, peeping toms, and pedophiles all believe they have a right to pleasure themselves

Predators will even stare at me or spy harder, just because they know it makes me feel sickened. They feel like they have a right to seek sexual pleasure from whomever they please, even if I’m not a homosexual, and don’t want them. They do sick unnatural stuff like that. It is extremely violating and unfair. They try to be even more evil and nasty, just because I don’t want them to. That is the type of stuff predators do to me. They irritate my soul, and they enjoy every bit of doing it. I’m supposed to take a shower multiple times a day. How am I supposed to do that if a bunch of sickening predators want to watch? How am I supposed to bathe in private? How am I supposed to use the bathroom in private? I can’t have people watching me like that. They might masturbate and make my body more gross. That’s why it feels the way it does. At my age, I should have my own space, and privacy, and there should be no one looking at me, watching me, or barging in on me whenever they feel like it. It’s pretty nasty and gay around here. Sexual predators and rapist in particular do not respect the word no. They don’t care about my feelings. They don’t care how gross it is, they just want to make me feel as ugly, gross, alone, and as dirty and needy as possible. It’s a disgusting world, and I don’t want to live on anyones property but my own. Evil sexual predators can get what they need from somewhere else, they don’t have to want it from me. I don’t sleep with people, and I don’t want them forcing me to sleep with them. I don’t have sex with people, because I do not want to share them with others, catch HIV/STDS/AIDS, or get raped by them. I can’t sleep with men that penis was in another man’s mouth or anal. I can’t sleep with men that are gay or participate in gay orgies. It’s just too nasty. I can’t sleep with men, that have have multiple partners or go both ways. It just isn’t going to work. Sex is absolutely disgusting to me, and so is prison. If they know this, they should respect it. They do not have to want to be a pile of throw up towards me. They can be better than that. A lot of them refuse to treat me any better, because they are SICK. Women on the other hand, don’t respect anything at all. They feel like they can try to force their fishy vaginas into my life whenever they get ready, and they know I don’t know any of them, and don’t want to meet them, because I don’t want to get molested or set up by them. Women are fake predators, and were never a friend or a relative to me. I do not know any. They’ve never had my back. They were all gay.

Even the way the predators talk, makes me feel sickened. They say things like “Ain’t nobody gonna believe that type of stuff has happened to you, nobody did anything to you.” or “You did it to yourself, no one’s making you be here!”. I can’t just stab them to death. Then I’d go to prison where the other sexual predators that aren’t roaming the streets are. They are going to be twice as sickening, and deny me of food and water for the rest of my life or bully me and spit in my food, cough in it, or drop it on the floor and put it back on the tray. How do I handle sexual predators? I don’t. I still live in extreme disgust, agony, and turmoil everyday. There are a lot of predators in America, and most of them reside on the East and West Coast. They live in the states that are along the coast of the Pacific and Atlantic oceans.