Today, I got bullied over a cell phone 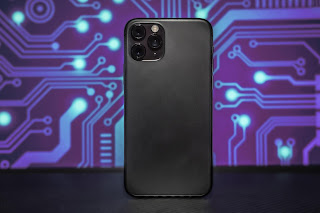 Suffolk,Virginia U.S.-Earlier this week, while I was sitting in my car, I knew I needed to make some money. I didn’t have a job, because no one in the area liked my skin color. They all turned me down. They said I was too ugly and dirty. I was looking at YouTube, and I scrolled passed a Ebay commercial. The commercial said something about making up to $24,000 monthly, selling new or used products online. I said out loud

I went online and registered for an account. During my first week I made over $1,000.

“Hey this is awesome!” I said. 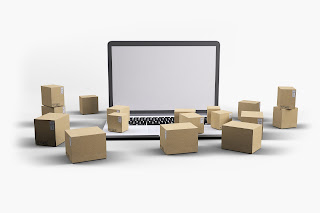 One day, while I was listing an item for sale, I noticed something. I only had 2 feedbacks. I knew I needed more. I started asking all the buyers to leave feedback after every single purchase, but they never left any. One day, my teenage son came home from summer school and said

“Mom do you know how I can make some money?”

“Sure, you can sell some of your collectibles on Ebay.” I said.

“How long is that going to take until I get the money?” He asked.

“It’s going to take about a week or two. They haven’t fully verified my account yet. The payments are going to be on hold for up to two weeks.” I said.

“But I don’t have that long. I just got fired from my old job and I need money now!” He yelled, very frustrated.

“You have to to be patient, and the money will come.” I said.

He went on for about 5 hours about why he doesn’t have the patience to wait. I assured him that there was no other way, other than Ebay. The next day, he came home from school and said,

“Yeah I can take you to the store.” I said. We went to the machine at the grocery store first. The phone was an  IPhone 12 and it had no scratches or cracks at all. The machine only offered $145.

“You can get more for the phone on Ebay. Don’t settle for that.” I said. The iPhone 12 that my son had wasn’t even purchased by me. It was purchased by someone he knew. I didn’t know the person, so I allowed him to sell it. It seemed to be in legitimate condition, and it wasn’t lost or stolen, because I checked to find out. After we left the grocery store, I drove him to the video game store, 3 minutes away. The store only offered him $95 cash or $120 store credit for the iPhone 12. He walked out of the store immediately and got in the car. After arriving back, I listed the phone on Ebay starting at $240, plus $8 for priority shipping cost. I also listed it at a buy now cost of $375. The listing was supposed to last for 3 days, but it didn’t. On the second day, a buyer from Philadelphia started begging me to sell them the phone. I was happy, because I thought my son was going to make the money he wanted. The buyer sent hundreds of messages asking questions about the phone. They asked for the IMEI number so they could make sure the phone wasn’t stolen. I gave it to them. The buyer showed me proof that they ran the check on the Iphone 12, and sent me a message:

I changed the buy it now from $375 to $350. The buyer sent more messages, and then purchased the phone. I shipped the phone the next day. Yesterday, while I was sitting in my room, my stepfather and his husband stormed in the room and said,

“We need to talk to you about the phone that you sold online. It doesn’t belong to your son, it belongs to his grandfather.” They said.

“Oh lord. Not this again.” I said, as my stomach started sinking to the floor. I immediately felt queasy, because I knew that my sons mother, and her entire family do not like it me at all. The hate that they have for me sickens the living daylights out of me. They are so unnatural and cruel to me, I feel nasty and sickened being in my own body. I wished I had never met the rapist or her family at all 17 years ago. I was only a child back then. They didn’t have to abuse me like that and they can stop being sickening whenever they choose to make the change. Unfortunately they’re still sickening.

“He wants the phone back, so I’m going to need you to tell whoever brought it, that you’ll be sending them a refund.”  One of my stepfather’s said.

“Send them a refund???!!!!! Come the fuck on!!!!! I just started selling on there!!!! This is going to ruin my selling reputation !!!! They are going to think I’m a fraud!!!! I’m going to get bullied more!!!! I need the money!!!!!!! I can’t believe this!!!!!!! They are going to treat me like trash!!!! The listing says no refunds!!!! The buyer already looked up everything regarding the phone!!!!! I can’t believe this is happening!!!!!” I screamed, knewing my brand new eBay store was in jeopardy behind the haters and fags, and that they would get more abusive.

“I’m sorry, but you’re going to have to give them a refund. They want the phone back now. There’s nothing else I can do about it.” Said my stepfather as he stormed out of the room. I knew my kids mother and her father was probably telling the whole world I’m a thief and a scammer by now, while ignorantly laughing. Later on that night, the buyer left negative feedback. I was devastated. I immediately requested for the feedback to be revised, and told the buyer I will refund his/her money immediately.

Today, the buyer denied my request and sent several more messages. One of them read:

You think you’re doing me a favor by giving me a refund? The feedback was well deserved! You’re a horrible seller and you don’t deserve to have an account. I’ve already reported the phone stolen. You need to get off Ebay forever!

The buyer showed me proof that he reported the phone stolen. I felt sick to my stomach as usual. I ignored the messages and continued about my day. I hate when I get bullied like  this. I hate when people treat me like I’m not supposed to have money. I’m a fucking human being. I deserve food, water, and clothing just like everyone else, and I shouldn’t have to get abused or molested by someone just to get those things! I’m an adult! I’m supposed to be treated like one!

I sold another item several hours later, but I still haven’t received any other feedback, and I don’t know how bad the irate Iphone buyer has negatively impacted my sales. I won’t know unless I keep trying.

Ebay is full of scammers, pedophiles, transsexuals, and fraudsters

On August 20, 2022 I requested to have my account closed altogether, after receiving more nasty feedback from more nasty customers. I don’t have time to sell anything online to a bunch a funky, narcissistic, gay pigs. They can keep their funky ass chump change. They need it. I do not want those gross, incestuous, predatory, pedophile-looking, selfish, gay pigs to buy anything from me anymore.