Scammed for life: Three stores based on true events about the time I got scammed 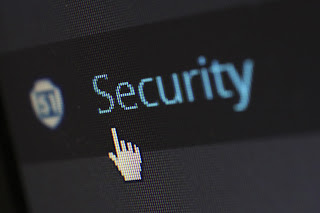 I went online to purchase a cell phone. I was extremely excited about the new IPhone 13. As I was scrolling through a bunch of online classified ads, I saw one on sale for $500, and they usually cost around $800. I wanted a pink one. It mentioned in the ad, that the phone was brand new. I called the number on the ad and the seller said that it is still available, and that I could meet him later that afternoon. I met the seller in the parking lot of an unpopular coffee shop, in the west part of the city. I asked him if I could use the phone to see if it works, before I spend so much money. He was hesitant, but he agreed. I reached into my purse and pulled out $500. I handed it to him, and as soon as I handed it to him, he immediately snatched the IPhone 13 right out of my hand and hopped in his vehicle and sped off. He was driving a tan jeep, with the license plates “HELLHELL”. He was wearing all black and was wearing a hood.

I was devastated. I didn’t know what to do. I had just gotten scammed out of $500. I started to cry. I reached for my old phone and was sick to my stomach. I had no emergency contacts and only $5 to my name. I was 45 minutes away from where I was sleeping, and I didn’t have any gas in my car. I didn’t call the police, because I had recently watched a documentary about police in the area raping and killing innocent people. I stood at the coffee shop for about 9 hours asking people for money, and telling them that I just got scammed. It was extremely humiliating, and I was scared a police would show up anyway. I had never felt so disgusted in all of my life. I eventually came up with $15. It was enough money to put gas in my vehicle, and leave the scene. 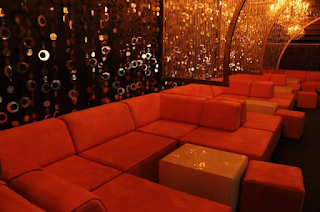 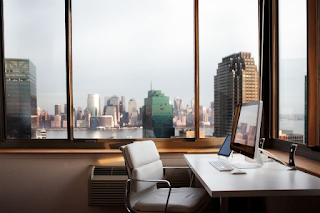 After searching online, through numerous classified ads, I thought I had found the perfect apartment. The apartment met my needs for affordability and locality. I was thrilled about moving into my new spot. I drove to the rental office one cool Monday morning, to put down a down payment and security deposit of $2,200. The apartment was so close to everything, the mall, all the cool looking skyscrapers, and all the restaurants, and bars. It was the perfect city view. After living in the apartment for about 2 months, I knew something was off. I kept getting weird, creepy packages from random guys. Some of them were flowers, others were letters. I didn’t even know who they were coming from. I continued to live inside of the apartment and go on about my normal routine for another month. I felt so much better, because the letters and flower packages stopped. For the next 2 months, I didn’t receive anything.
One day, I came home from the gym and there was a package at my door. I opened the package and it was a DVD. After I went inside my living room, cut the TV on, put the DVD in, and then I plopped down on the sofa. My heart immediately sank. It was me taking a shower. I was completely nude. The video of me taking a shower lasted for about 5 minutes, and then another video of me taking a shower came on directly after. Then another one, and another one. Altogether, it was about an hour worth of footage. I was so in shock and felt so dirty and sick, that I started to cry. I took the DVD to the rental office in fear. I didn’t know who else to turn to. I didn’t know who was sending the packages.
The rental office manager, who was an older married black guy, said “I’m the one that sent you the packages. I fell in love with you from the time I saw you moving in. You’re sexy as hell and you have a nice body.”
I was sick to the core by that point. I noticed the ring on his left hand. I pointed to it and said “Aren’t you married, why would you do this to me?”
He replied “What my wife doesn’t know won’t hurt her. Now come over here and sit on my lap. I want those sweet nipples in my mouth.”
I was over it. I walked towards the door and said “I’m moving.”
He said “ No the hell you aren’t. By the time I post the video of you talking a shower everywhere, no one is going to want you, and I’m not giving you your security deposit back. I’m going to make it look like you destroyed my property. You might wanna rethink that and come sit on daddy’s lap. I have a lot of copies of that shower video ya know.”
I was grossed out to the max by the sick creep of a property manager. “Ew.” is all I said and walked out of his office. I shed a-lot of tears inside my apartment because I knew the sicko had planted cameras in there, and was stalking me. I felt like no one would believe me. I was so afraid. I started packing and I moved out of that sickening apartment that very night. I don’t know where to find the videos, and I don’t know how to get my $2,200 deposit back. About a week later, I tried to sue the pervert in court. I lost the case, because he destroyed the property like he said he would, and told the judge I did it, and the judge brought the predatory man’s lie. He told everyone in the courtroom that I destroyed the property, because I was jealous of his relationship with his wife, and that I’m just a lonely pathetic woman wanting to be in his wife’s shoes. I’ve been homeless every since, and the way I was scammed and sexually violated will haunt me and traumatize for the rest of my entire life.
*All three of these stories, are based on real events.
Labels: Crime hate crimes scams violence awareness