Based on a true story: The transgender neighborhood that I got stuck in 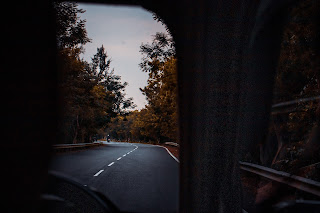 One summer evening I was invited to go live with my mother in Suffolk, Virginia, since I had to flee multiple human traffickers in Chicago, Illinois. The human traffickers, were women. They were madams and wanted to sell me to a bunch of gay men. I refused. They wanted to rape me and kill me, because I was celibate and abstinent. The gays don’t like abstinence. I fled the area, never to return, scared that they would take me anyways. I accepted my mother’s invitation in Virginia because I had no place to go. Ever since I’ve been in her house, I’ve been getting bullied by all of the gays around there. There were gays living in the house on the left, gays living in the house on the right, gays further down the block, and gays across the street. The men that came out of the house wore dresses and heels. The women that came out of the house wore gross looking beards on their face. Some of them had long fingernails, and hairy mustaches. Even the little girls were dressed like boys and the little boys were dressed like girls. They wore dresses and makeup, and the girls wore straight backs or close cuts. Some times they would wear dresses, but they still looked, acted, and sounded like boys. Their parents were mostly gay married couples or mixed orientation couples, so that’s how their children picked up their behavior. So many gay pride families living in the neighborhood I was invited to. I’m not gay, I didn’t want to be there.

One cold afternoon, I went to a recording studio 4 hours away from the gay pride neighborhood, because I wanted to record some music. I didn’t want to record anywhere near the neighborhood, because I didn’t want the gays to know where I was sleeping, or that I was a rapper. After I finished recording, I drove 4 hours back towards the gay infestation. After I arrived, I started blasting my music loudly, when a woman with a hairy mustache and beard came storming out the house next door yelling,

“I don’t wanna hear yo stuff! Cut that down or I’m calling the police!” Said the trans man. The trans man looked like he hadn’t showered for weeks but his house was bigger than any house I’d ever saw.

I cut the music off because I didn’t want to argue with the trans man. He had cameras placed all around his property, just like the other gays. They were all spying on me on their security cameras. It lasted for years.

Later on that night, I heard several loud parties going on through out the neighborhood. I felt sick.

“Why won’t the gays let me play my music that loud?” I thought to myself. Then I said hey, they don’t need to hear it anyway because they’re homosexual, and homosexuals don’t need to hear my stuff. I’ll be okay. The same exact rejection happened to me 6 months prior, after I accidentally walked into a gay bar in Portsmouth, and handed my music to a transgender woman. They wouldn’t play my music at all. I started making sure, not to ever go on their turf anymore. Portsmouth was only 15 minutes away from the death by incarceration infestation I was running from. The whole Hampton Roads area was a deadly infestation of hate. Driving to Portsmouth, was no where near safe.

Back in the gay neighborhood my mother had me living in, which was no place to even raise a young child, let alone-me, the gays started to throw a party every single weekend. Tons of people were always crowded around their houses, and they forced me to listen to their loud, obnoxious music, and the sound of them all laughing and having the time of their rainbow lives. Even the music they blasted were sung by homosexual performers. They were all carrying rainbow flags around the neighborhood. I got sick of seeing it. Some of them, were kissing right in front of me. I started vomiting regularly.

A couple of more months passed and I was still trapped in the homosexual neighborhood, because I could not come up with enough money to move somewhere cleaner. I started to feel gross, because they were too annoying. I couldn’t even read a book in peace. I was afraid that they were watching me inside of the house. They were very disrespectful and unnatural, every time I stepped outside to walk the dog.

One day, as I thought the coast was clear, I began to walk my dog around the block. My animal stopped on a trans man property to use the restroom. Five other trans men came storming out of the house.

“Your dog can’t poop in my yard! ” Yelled one of the hillbilly trans men. They were all African American, like the rest of them. The trans man was a little overweight, but still managed to keep his beard and fingernails in tact. He had on a purple dress. The other trans men just stood there, until one of them said “Yeah get yo nasty dog out my yard!”

I wanted to say something, but I was so disgusted with how they looked, acted, and sounded, that I just pulled out my animal waste bags, picked it up, and kept on walking. I was sickened.

I went inside of my mothers house and cried. How am I going to get away from the gay bullies? One day I picked up a spray can, and wrote “leave me alone” on everybody’s trash can. All of the gay people stormed out their houses with fruits and rotten vegetables, and started throwing them at me. “Go away!” They all said as one big happy gay family. I felt scared, so I packed up all of my belongings and left the gay neighborhood forever. The trans men and all the gay families I ran away from, wouldn’t stop humiliating me, torturing, and spying on me. They were really controlling. They treated me like a special, inbred child, and I am 34. They really wanted me to go away. Some of their hillbilly looking kids looked like they were birthed from incest. I knew it was time to go.

“And don’t come back. We don’t want that bum around here !” They all chanted. I looked through my rearview mirror. They all started high-fiving each other and bumping each other in the chest. Some of them ran towards the car throwing more rotten fruit. It was absolutely trashy looking. “They have that much rotten food in their house?” I said out loud. “That’s just nasty.” I continued, while exiting the diseased infested territory.

Their hatred for me was so unsanitary, and unnatural, that I never looked back. To this day, I still don’t know why all of those homosexual families discriminated against me, and I haven’t found anywhere to live. I’ve been homeless ever since. I wake up every day, wishing I would die. *

*all the events in this story are based on real events. People's names have not been mentioned to avoid further harassment from them.