The reason I became a writer 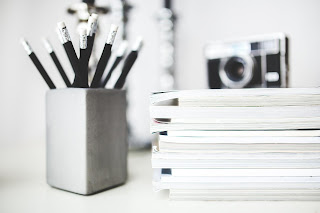 The United States- I became a writer because no one would listen to me. No one around the globe likes me, so I decided that I had to read and write my own books and read my own blogs. I’m not allowed to look or listen to other people, because none of them like me. The whole entire world hates me for no reason. I haven’t done anything to them. They just don’t. Instead of trying to figure out why the whole world doesn’t want me, I write. I write my own thoughts down, so I can read them myself, just like the music I write. If you didn’t know by now, I write and record my own music for the same reason. I can’t listen to other peoples music, or watch them on TV. I’m only allowed to listen to the sound of my own voice, and watch the sight of my own videos. I never pay attention to others anymore, because watching them feels extremely violating and uncomfortable, and I don’t know who any of them are. I no longer read anything else anyone writes. I only read my own material.

I have to write, to get the pain out of my heart daily, from all of the sickening, unnatural, and unsanitary on-going abuse and neglect that I was put through throughout the past and now. There is nothing else to do, and I have nothing else to do with my time. I don’t work, people are predators, and they won’t hire me. I don’t go out, because people are sickos and they want to bully and murder me because they are all extremely confused, and think I’m gay. I don’t date, because men aren’t interested in me. There is not one man on this earth that will ever believe in me, and they all think I’m mentally retarded and untalented, and they are more interested in having sex with men and lesbian women. I don’t want to come between a man and his boyfriend or girlfriend. Even if I tried to, they wouldn’t let me. The bond people have with each other these is truly unbreakable. Peoples relationships, will last longer than my entire lifespan. There is no place for a loner woman like me on this earth. I know I’m a woman with a vagina, but other people don’t. They can’t even tell what I am, so I don’t show them anymore. If I did show them, they’d just get extremely jealous of me, and hate on my entire life and body anyway. Proving my womanhood to the world, is extremely pointless.

I’ve never had a family. I haven’t had a text or a phone call in years. People still don’t check on me, because no one really knows who I am. They only pretend to. I don’t write or make music for money, because none of it sells. The world doesn’t have to pay attention to me at all. I have to play dead around all the millions of evil predators out there that are out to get me. I want to be completely invisible to them. Their extreme infestation of hatred and diseases makes me a target. The predatory and racist world I live isn’t going to pay me for anything that I do. I understand that. I write and make music because I can only pay attention to myself. I don’t look at other people at all, nor do I take their advice or look at any of their blogs, books, music, movies, or social media and I don’t shop in public. In my world, no one else exist but me. It is the only way that I can protect myself from the racist, black, pigs that want to harm me 24/7. No one exists but me. I do not see anyone but myself.