Sudden Demise: Running away from black people for life 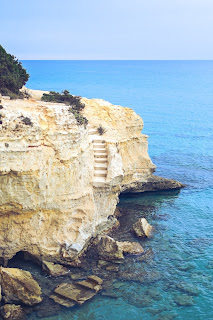 I got fed up with seeing black people. All black people are gay, ugly, disgusting, faggots. That's WHY I’M NOT BLACK. I didn't want to look at another one ever again. I don't like the way they look, sound, or think. They are all sickening, gross, and negligent. They all stick together like one big, nasty, family. Black people were the only ones that bullied me, kept beating me up, stalked me, spied on me, spit in my food, neglected me, and raped me in the past. I got so fed up with the people that look like feces. I had to get away. No other race did any of those things to me. They may have bullied me, but I wouldn't know, because I didn't have to see them. I was forced to see the sickening blacks. They are the ugliest, grossest, skin color I have ever seen. Yuck! All those dirty stuck up black pigs are for each other. Looking at them or hearing them talk makes my stomach turn 200 times, and all the white trash crackers and dirty Mexicans know.

If you're black stay away from me

I got tired of them plotting on my life and sleeping with each other, and searching for new diseases to catch, humiliating me for no reason, stealing from me, bullying me, setting me up, stalking me, beating me up, and lying on my identity, that I knew I had to get away from them for good. They became too sickening to look at. Every time I saw a black person on TV, I cut it off. Everytime I saw them in the store, I stopped going to that store. Everytime I heard them talking, I cut my music up or put headphones on. I don't look at them on TV, listen to their music, or go anywhere near them. I don't want them to force hundreds or thousands more predators on me, because I am all alone. Black people are a pile of throw up, and I don't owe them anything. They literally make me throw up. They are nothing but gross predators. I do not like them, and I do not want them to see me, look at me, or know who I am. I decided that I would fly away from them, forever.
I chose the farthest country I could, to fly away from the sickening, ghetto, nasty, gay black people. I was scared on the plane that a predator working at the airport would tip off other predators about the destination on the ticket. I ignored the fear, and flew three more times, so I would know I was very, far away. I haven't looked back since. Since I've been in the new country, no one has ever seen my skin. They don't know what race I am, because it is none of their business. No one has ever seen me eating, showering, using the bathroom, changing clothes, or smoking a joint. Everything I do, I do it in private-alone. I haven't met anyone new, because they are not allowed to see me. I spend most of my days, on a private island, raising animals and growing crops. My life has never been so peaceful. I haven't seen a black person in over a decade, and I hope it stays that way for the rest of my life.

After I stopped looking back, I became wealthy as an immigrant

I became an illegal immigrant, and no one knows my whereabouts or my exact location. I didn't want the predators to stalk me, and I did it right this time. They never found me, and the death threats stopped for good. I purchased my dream gun in the new country. It was a AK-47. It felt so comfortable around my neck. The day I purchased the AK, I got the furs for a long chinchilla, chinchilla boots, and a mink purse. I shot the chinchillas and the minks in the jungle myself. It took me 3 days to make the coat, 5 days to make the shoes, and 14 days to make the bag. It was the first thing I did with the gun. Several weeks later, I relocated to another state, and I shot hundreds of foxes, Quail, Pheasant, Chickens, squirrel, young Angus, Wild Turkey, black bears, coyote, and muskrat. I was a multi-thousandairess. I had lots of furs, and I sold them all in online auctions for a huge profit. I also sold the chickens, quail, wild turkey, and angus to popular meat markets in other areas. I decided it was time to step my game up. I purchased a whole farm. I went to the horse auction to buy horses and then I built a stable from scratch on my free time. I had 5 horses. I also brought several oxen and a few baby goats with the money I made selling furs. The land I housed them on was very affordable, and I still couldn't afford it.
Now, I'm just a regular thousandairess. I lost the thrill to hunt after my favorite hunting dog was found dead in my cabin early one summer morning. I ended up getting a new labrador retriever, who was the one that caught all of the birds. I didn't eat any of the game I caught, except sea animals, particularly crabs, shrimp, and fish. I didn't cook any land animals or perserve them. People started hating on me. They wanted to know who the owner of the farm was. Once they found out, I lost my entire business. I eventually ran out of money and sold the entire farm. Buying a farm was my biggest mistake. I should've stayed lowkey.

I still loved the brand new weapon I had purchased, and I wasn't ready to part with it. No one had ever used it before me. It was custom handmade just for me. Everytime I saw my enemy or someone that might've crossed me in the U.S., I emptied out the whole clip. Then, I reloaded it and emptied it out again. Then I drove off with a team of heavily armed bodyguards. The body guards were weak. I did all the killing myself. I eventually let the bodyguards go. They were about as useless as a pack of stale cigars, and I couldn't afford them.
I eventually moved to another state, and went back into hiding, with the couple of thousands I had left. I'm glad I never got deported back into the U.S., or I would go to Niagra Falls and jump off the falls without knowing how to swim, soon I arrive. I can't survive around the incest people there, and I'm not going to have any money there. I reminded myself, that if I ever got deported, that's what I would do. I'm not looking at all those millions of sickening, greedy, gross, nasty, gay, faggot, abusive, negligent, pedophile, funky, people. They're so dirty and predatory, it feels like having millions of roaches and flies crawling on me at one time.
Labels: fiction Flash fiction