Sudden demise: The ugly gay women that robbed me in the wilderness 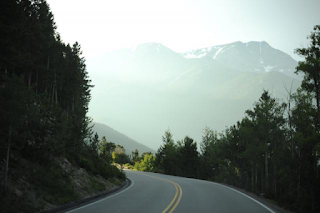 It was a cold winter night. I was sitting inside of my tent when I heard the door unzipping in the middle of the night. I started to panic, but I just kept sitting still. I reached into my nightstand for my pepper spray. About three seconds later I heard another loud thud. I then started to hear the sound of several female voices mumbling.

“Do you think she in there?” said one of the voices.

“I don't think she is, but I don't care. I want this wack bitch life.” said the other voice.

I heard footsteps, as I heard more voices getting closer. Next thing you know, they bursted into my tent pointing a semi-automatic shotgun at me. They were all wearing a black face mask, black one-piece rompers, black thigh high boots, and wigs. They looked really nasty and life threatening.

One of the predators walked closer to me with the shotgun. It felt cold against my forehead. It was eight robbers altogether.

“Bitch if you don't shut the fuck up right now, I'm going to blow your brains out. Don't none of us like you!” Said the unidentified ring leader. The one who sounded like they had the loudest mouth.

“Yeah bitch, we know more about you than you think we know. We been watching yo ass. We don't want you in our area.” another one of the greedy, gay, thieves said in a firm voice. Like she had some sort of authority.

I felt sick to my stomach. “What do you want from me?” I asked the sick, ghetto burglars.

“We want your fucking money and your life. You got three options, let us all rape you and you can hang with us, exit the tent and let us stay here and don't tell a soul or we will come back and kill you, or give us all your money and the keys to your car!” One of the mask women said.

“You guys are gross.” I said. I immediately started spraying pepper spray into their eyes.

One of the gay women let off a warning shot in the air.

“Bitch, do you think we playing with you? You gone get down or lay down! I'm sick of you!” said the gay ring leader. “Now you got one more chance to pick your fate, either way, you're getting left here, dead or alive!”

I urinated in my underwear immediately and said a silent prayer. I knew that my life could be over. How could these women be so gay, manly, and wicked? Why me? Why not another target?

I gave them the money and the keys to my car.

“Now. Good girl. I knew you was gay.” said the masked ring leader.

“I’m not gay just because I gave you my keys and money. If you want to kill me, go right ahead!” I yelled in disgust.

The ring leader took off her mask. It was a ugly fat black woman.

“You remember me don't you?” the gay woman said.

The face looked like someone from a decade ago, that I didn't want to see. It was the same person that stole a guy from me. It was gross seeing that face. I saw the two of them kissing on social media after the funny guy stopped talking to me.

“I don't know you. You're sick. Can you please leave me alone now, I gave you what you asked for.” I said in complete agony.

“Call my woman another name and see don't I be the one to kill you!” said the ring leader's gay girlfriend.

I stayed silent for about 5 minutes, while they verbally abused me and rumaged through more of my stuff.

“This dumb bitch all the way out here hiding in the woods like we couldn't get to her. She slow as fuck!” said one of eight thieves, while greedily searching for more money inside of my nightstand.

“She probably a crackhead.” said another gay burglar.

“Yeah that bum retarded as hell that's why ain't nobody gonna ever rescue her nasty ass. She a piece of shit. Let's go.” the gay attempted murderers said to each other.

Finally, all of the narcissistic gay thieves walked out of my tent, with the car keys and money I had unwillingly given them. I felt so bad, that I immediately started vomiting. How was I going to get out of the forest? Where was I going to go? Who was I going to call? I was scared to walk away, or get lost in the deep wilderness. I stayed inside the tent for hours, scared that they were somewhere close by lurking in the shadows, waiting to see what I would do. I was afraid they would come back. I didn't push them to kill me. Why? Knowing I had no one to call.

Several days passed and I was still stuck in the forest with no car or money. I knew no one would believe me, because the gay women were right, no one on earth likes me. Eventually, a couple of normal looking hikers walked passed, and I told them what happened. They offered to call the police and I said no, because the police are homosexual just like those gay robbers. I asked them if they could drive me to the nearest store or bus station, so I could get away. They agreed.

After getting to the bus station, I had to figure out a way to get my money and car back. I came up with nothing. I slept on a park bench near the bus station, begging for money. More paranoia took over, as I was afraid the police would show anyway, or the gay robbers would tell them where I was. After about three days I was able to come up with $50 to escape the hell I was in. I called to have another set of my debit cards sent to a local mail center. As far as my car goes, well I never got that back. I spent the next few weeks, living at another campsite in the forest, far away from where the gay women tried to murder me. I was extremely scared for my life, and I felt completely helpless. I had no one to turn to. I made up in my mind that if it ever happens again, I will let them kill me, or try to take the gun out of their hand until they shoot. My vehicle, was never recovered. What the gay women did to it? I’ll never know.