Sudden demise: death as a celebrity

Since I was a teen, I've always liked to rap. As I grew older, I became more serious about my rapping. So far, I've put out 5 double platinum albums. I've traveled the whole world, and stood in front of millions. I was even invited to the BET awards but I didn't go because I don't like black entertainment television. I've made millions of dollars. I never got bullied once, until recently. I had recently caught a fake drug distribution charge for trafficking 689 million dollars worth of marijuana, into great Britain. I didn't do it. I wasn't even in Great Britain at the time of the charge. I woke up in my multi million dollar mansion and opened the door to grab the morning news paper in my white bath robe. My face was on the front, and the press was at my door. There were over 50 journalist standing at my door pointing microphones at and cameras at me with no shame. These were some of the questions I heard them asking, right before I slammed the door.

“Who were you with the day you went to the UK?”

“Is it true that you went to the UK and sold multi millions of dollars worth of Marijuana?”

“Is it true that you're a millionaire?”

I went back into the kitchen and closed the blinds, and poured up a cold glass of orange juice, right before I started reading the news paper. The headline read :

U.S. Rapper busted for bringing almost a billion dollars worth of Marijuana into the U.K.

I was released from jail, a week prior on a 10 million dollar bond, but I never even sold one ounce. “This headline is ridiculous. I said. I need my lawyer to make this non sense go away!” I said out loud. I couldn’t leave the house. Everywhere, I went the press was in my face. I was so embarrassed, that I didn’t even want to go to the recording studio. I was scared I would loose the case and they would seize my property and throw me in the slammer with the sickos and murderers. 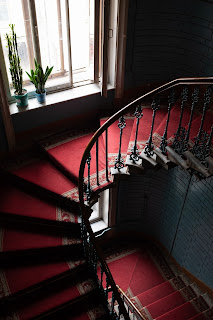 I continued making music inside of my mansion. I eventually became so rich, that I started to buy bulks of white powder, from a connection all the way in Columbia. Not the District of Columbia, but the real one in South America. It was pure, every time I tested it. I didn’t sell any of it to people that weren’t on the A-list. They were all multi millionaires, that I thought I could trust. I eventually began to use the substance. I started inviting rich rappers to my mansion to record songs for my 6th album. I used more, and I drank more.

Eventually, I sank into a serious depression. Every week the headline got worse and worse, as my upcoming court date was approaching. This week it was:

Oya Obinidodo gets sent to the slammer for drug trafficking in the UK.

“No way was this fucking happening. My court date isn’t even here yet, and they’re already saying stuff like that ? What in the hell!” I screamed.

I picked up the phone immediately, to call my lawyer. For 40 million dollars, I’m sure he can make this go away. There was so answer. I called 30 more times, until someone finally answered.

“Hi thanks for calling Bison and Bison? How can I help you today?” Said the secretary.

“Yes, I would like to sleep wit… I mean, speak to Mr. Bison.” I said accidentally saying the wrong thing.

I couldn’t believe it. I didn’t even know.

“I’m so sorry to hear that! I didn’t know he was sick. What should I do now?” I asked, with condolences.

“We have another Bison here, and he will be the one taking over your case.”

“I can’t believe this. Is he there now? May I speak to him?”  I questioned.

“Yes he is here, is it okay if I can place you on a brief hold?” The secretary asked.

“Thank you,” I said as I waited on hold while listening to classical music.

“Bison and Bison, this is Bison. How can I help you.” Said the other Bison.

“I’m sorry about your loss. This is Oya Obinidodo. I want to know about the status of my case.” I said, with great respect for the firm. I wanted my case to disappear. I was not in the UK when the charges were filed, and I never went there to traffick any kind of drug.

“No, I don’t. Just a couple of misdemeanors. Nothing serious.” I said.

“Give me second. Let me pull up your file.” Said Bison.

“Yes it was. Mr. Bison, listen. I didn’t do anything. People are racist. I was not in the UK when those charges were filed. I was right here in the US. This case is completely bogus. I believe people are after my millions to a sickening degree. Please help.”

“I’ll do everything in my power to make this charge drop, so you won’t have to do any time. You’re looking at 100 years, which is about a century. I think I can get it dropped to a year, or less, if you take the plea.” He said.

“100 years! What the fuck!” I said as I stood up and slammed my hand on the table while I was on the phone. “I ain’t even do anything. Take a plea? What!? This is ridiculous!!!!!!!!!!!!!” I yelled. I started to panic, and I started crying hysterically in the office of my mansion. I was wearing my favorite Versace dress, and a long white handmade Chinchilla coat.

“Rest assured. I will do everything in my power to make sure you never have to do any time. The police didn’t even find any evidence.” Said Bison. I was devastated. 100 years for something I didn’t even do! I got off the phone with the lawyer and headed for the bar in the kitchen to make a Tequila sunrise. One Tequila sunrise turned into 5.

I drank and did more drugs than usual. I was scared I was going to die inside of my mansion. I couldn’t handle the pressure. I wasn’t sure if he was really going to make it go away, or if I was going to die in prison. I wasn’t sure if I would die in my mansion or die there. My life started spiraling down. I went to rehab designed for rich celebrities, and stopped using the white substance. During my time at the rehab, I never spoke to anyone but my doctor. I wasn’t even forced to go to group meetings. It was life changing. I finally spoke the press after leaving the program, and answered all of their questions. I told them that “I am fully recovered. I don’t use drugs anymore, and I never sold them.” They started changing the headlines to:

I was happy. There was not a single ounce of cocaine in my possession. I even stopped using with the other rich celebs. My court date was only 3 days away. I put my certificate in a frame, and hung it on the wall at my mansion office. Everyone started congratulating me. All of my fans started cheering, and I finally went to the BET awards. I said to myself.

“Maybe this is my chance.” I went to the awards, one day before my court hearing. I sat in the front row, in a long black glittery Versace dress. My head was covered in a black glitter Versace hat. I was asked to come on stage to accept a platinum award. All the black people cheered. After the awards show, I went home to my mansion, escorted by 9 bodyguards. There were no journalists at my door.

“Whew!” I said, wiping my forehead and carrying my award into the house. I went to sleep right away, and prepared for my court hearing. I got eight hours of sleep. The next morning, I went to the courtroom, escorted by the same 9 bodyguards from the awards. There were a couple of journalists, asking me questions, but not too many. I was dressed in a all white Versace suit, with a matching hat and bag. I stood in front of the judge, a slim black lady. I had no idea which judge I would be facing.

“All rise, the honorable Dashiki Washington is presiding.”

The judge jumped right into the case.

“Miss Obinidodo. These witnesses to the right said that you told them to ship several kilos of marijuana across to the UK.”

“Your honor, I object!” I said, trying not to form a tears or get out of line.

“No thank you” said Judge Washington. “Let your lawyer talk for you.”

I shut up so the judge wouldn’t bully me in front of the press and those loser ass rappers, standing on the witness stand. Their faces were so sickening all of a sudden, that I start to feel vomit forming in my stomach.

“Your honor, my client did not travel to the UK. She was here the whole time, making music. She even went into a drug rehabilitation program” Bison said, confidently.

“I know your client was here, but we have more evidence than you think!” Said the judge, as one of the witnesses lawyer pulled out a tape recorder and pressed play. The tape started playing:

“Yeah you still need me to do that thing in the UK?” asked the undercover.

“You know, the packages. I can get about a milly per package. You gone be set. All you gotta do is give them to me I’ll send them over. I’ll come over there to help in a few.”  The undercover responded.

The main witnesses’ lawyer, stoped the tape and the judge looked at me in disgust.

“Do I need to go any further?” Said judge Washington.

“No you don’t need to go any further your honor.” I said. I didn’t want to hear the rest of the so called evidence.

The rapper that recored the conversation was a got damn cop wearing a wire and tapping my phone. He didn’t even get any time. I did. I was sentenced to a decade in prison. All of my property was seized, and I lost all my money. While I was incarcerated, I went to solitary confinement. No one sent me a dime. The first question I asked myself was, 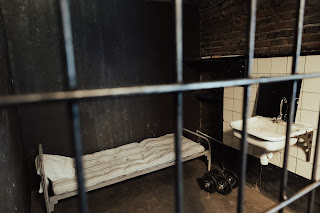 “Where are my fans?! Where all all those black ass people that voted for me to win? Why aren’t they sending me shit!” I was pissed. Being a celebrity was a goddamn lie. I can’t keep anything. Here I was a multi millionaire yesterday, now I’m sitting in this tiny ass cell, for a whole decade, eating prison food. My lawyer played the fuck out of me. I thought he said I would only get one year. He also said that they didn’t have any evidence on me. This was complete bullshit.

One day, after about 6 1/2 years in solitary confinement, a fellow inmate sent me several kites with a deadly poison attached. I immediately knew what to do with it. I took the poison. Five hours later, I was found dead by a deputy. I was still in my cell, when I died of a drug overdose. “No one cared about me, just like I thought.” Were my final words, as I drifted off into another realm, eternally.