Sudden Demise: The light skinned people that killed me

Almost two decades ago, I was in Virginia on a sunny, hot, day. I decided to apply for a job. It was a job working at a pharmacy, stocking the shelves. I was only 17. I went in for a meeting, to see if they would hire me. They said yes, the very first day I applied. Wow, I thought to myself, they responded really fast! I was happy and excited about my newfound employment. It was my first job. I went out and brought the most expensive outfit for my interview with the only money I had, which was $50. After the interview, I was given a employment package to fill out, and the company uniform. The manager said that my name tag would come in a week, and that I would get my first paycheck in two weeks. I was ecstatic. I was asked to start the following Monday.

On my very first day, I noticed that the job was packed with light skinned people. They worked in every single part of the store. I felt uneasy because I was the darkest one there. I ignored the color of my skin and was happy that they said yes in the first place. The supervisor on duty, a tall light skin lady with braids, came out of the room yelling at me.

“What does that mean?” I asked.

“It means I'm taking money out of your check for the time you missed. You were probably out partying with your little ghetto friends weren't you? You knew you were supposed to be here at 8.” said the funny-looking lady.

“I don't have any friends and I'm only late because I had to ask my mom for a ride. She was late, so I had to catch the bus here.” I said, feeling a little disgusted, being that it was my first day and all.

“You're lying, and I don't like losers like you that catch the bus.” said the mean, hateful bitch.

“I don't want to talk to your mother. You can start by unloading those boxes over there, and putting stuff where they belong.” said the supervisor with the faggot attitude.

I began to get irritated very quicky. This bitch was mean. I told her,

“I don’t wanna work here anymore, I quit.” as I took off my employee vest and handed it to her.

She let it drop to the floor.

“I knew you were lazy when you came in here. I was going to make your life hell anyway, and I still am.” said the child abuser.

“Oh yeah, I am going to tell my momma!” I yelled, and stormed out of the nasty ass pharmacy and called my mom for a ride.

“I had to quit because the manager was mean and cruel. She started picking on me soon I started.” I said, in the angriest tone I could muster.

“Stay right there, I'll come pick you up, but I don't wanna hear what happened.” said my mom, sounding unnatural.

“Why? She was really evil!!! She made me uncomfortable!” I yelled, screaming and crying.

“I'm going to need you to calm the hell down, and wait until I get there. Don't get in my car screaming and yelling like a two year old, because I don't got the time to hear it. If you can’t get your act right, you need to call another ride.” said the unconcerned bitch. 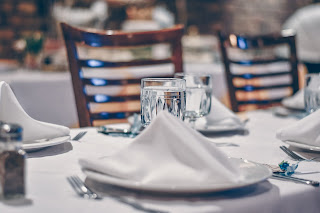 I got inside the car and it was silence the whole ride back. I started to look for another job. By this time, I had turned 18. I applied at a restaurant, and I was given an interview 4 weeks later. I was asked to start the very same evening. Everything was going smoothly at the new job for 2 months. I was able to purchase a $700 hoopty and everything. I even enrolled in college, part time, to become a teacher. I was working my normal shift, when the manager approached me.

“Can you step into my office please.” said the light-skinned man, as he pointed to his office. His name was Rodger.

“Okay,” I replied, not liking his tone at all.

I walked into his office and the first thing he said was,

“What did I do?” I asked, in utter disbelief.

“One of the other employees caught you giving away free food. We don't do that here. Everybody has to pay, even your family.” said Rodger.

“I never gave away any free food.” I said, truthfully. “My family is not in my life, I would never invite them up here for a free meal. I don't even know who my family is. I'm not that type of person sir. I'm not that petty. I know that's wrong.” I told the man.

Just as I was telling the man what happened, another employee, came bursting into the office. I didn't even know her name.

“Didn't you catch miss thing over here giving away food to everybody?” said Rodger to the ugly light skin employee. Her name tag said “Patricia.”

“I shole did.” said the faggot, rolling her eyes. “Everybody in her whole family came up here. She told them all they could get a free dinner to take home.”

Patricia was the most dirtiest, foul, bitch I had ever seen. I do not have a family that I speak to, and I did not give away any free food.

“Rodger, please, whoever this lady is she is telling a bold face lie!” I yelled, in complete and utter shame. How could this ugly lady humiliate me like this? I wanted to cry, but I held back the tears.

“We don't need no proof.” said Rodger, sounding even more dumb. They started to sound like a couple. They appeared to have concocted the whole plan to get rid of me for no reason. I was only 18. It wasn't fair.

“Come on sir. I did not do anything.” I said. I don't know why I would still want to work at a place as dumb as the one I was standing in.

“You're fired, because I know you gave away all that food. That's final. Patricia saw you, I saw you, and a bunch of other people saw you. They don't want you here. They all voted you off our team. Now pack your stuff, and get your black ass out of my office lil girl.” said one of the nastiest managers I had ever witnessed.

“When will I get my check?” I asked, crying right in front of the faggots.

“We ain't giving you NATHAN!” they both said in unison.

“How she gone demand a check from us and she owe us for all that free food. She ain't getting NUTTIN.” said one to the other.

I was sick to my stomach, and I got my stuff and headed for the front door so I could get the hell out of that black racist restaurant immediately.

“Hey, don't think you gone get another job around here.” said some light skin bitch with a name tag that said “Jessica” on my way out the door. I took a glass off the table, and threw the soda in Jessica face, in front of a camera and a restaurant full of people. I was put to shame by all those light skin people for no reason at all.

After about two years of healing from their financial abuse, I started to look for another job. I was 21, so there were more opportunities available, or so I thought. All of them turned me down. I kept getting rejection letter after rejection letter. I was so angry. I must've applied to over 100 places, and they all said no. I was sick to my stomach.

One rainy night, after they were closed, I grabed 189 bottles of spray paint and went to the old place that fired me. I wrote all sorts of pitchforks and 6 pointed star figures all over the building. I also drew devil horns and the words “fuck you faggots” all over the place in 189 different colors. I put graffiti on the sidewalk, in the parking lot all over the pavement, on the company vehicles, on the windows, until every inch of the property was covered with it. The place was so covered in graffiti, that there was no place to put any new graffiti. I pulled out a cigarette, lit it, smoked it, and then walked away. No one saw me. The property  looked trashier than ever, just how they acted. Ten weeks later, I was gunned down with 48 calibers while I was pumping gas at a local convenient store by two masked people. I'm assuming they were men, but I’ll never know. As I drifted off into unconsciousness, the last thought I had was, “They were probably light skinned, like all those sick, funny people that hated me.”