Sudden Demise: The day I tried to be sexy

It was a beautiful sunny day. It happened a half decade ago. It was so hot outside, that I wanted to go to the beach. I brought a 2 piece bikini, shoes, a kimono cover up, a pair of low top Converse sneakers, sunglasses, and a white sun hat. I drove down to the Virginia Beach oceanfront, to see the water. I also wanted to stop for authentic Italian pizza and a glass of wine. Everything was going smoothly, as I walked up and down the boardwalk, minding my business. I even stopped to take pictures of the surfers in the water. Unfortunately, my night went terribly wrong. 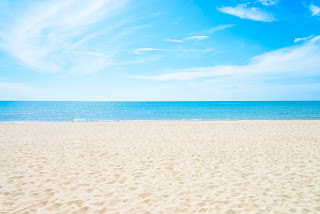 I took off my Kimono, which was covering all of my tattoos. There were dozens of tattoo shops nearby, and a lot of people were walking around with them all over their body. I thought it was okay to take off my Kimono, but the people did not like what they saw. They bullied me all night.

“We ain’t liking you.” Said a group of 5 gay lesbians, as I walked into a bar that I thought was heterosexual.

I ignored them, and walked out of the trashy gay bar. Then, I went into another store. It was a pharmacy. I was looking for a bottle of water when a random stranger stopped me.

“Yo ass even uglier in person.” The stranger said. It was a tall black male, with tattoos all over his face.

“Excuse me?” I said, with hatefulness in my tone.

“Yeah that’s right I said yo ass even uglier than I thought muthafucka.” said the stranger, like he knew me or something. I saw a group of kids in the corner pointing and laughing at me. I hurried up and walked out of the pharmacy. Then I walked a little further down the boardwalk, for a smoothie. It was starting to get packed. People were everywhere. I walked up to the smoothie store. My tattoos were still showing.

“Why not?” I said, not knowing it was a trans man.

“Cause you can’t.” Said the woman, that turned into a grown man with facial hair.

I turned around and walked away. Those people were so tricky.

“What the hell is going on out here? These people are so weird.” I said to myself

I walked up and down the boardwalk with all of my tattoos out for 3 whole hours, until I went into a hotel to use the bathroom. Five men exited the elevator and one of them spoke to me.

“Where you going ….. you lookin alright.” Said the black man.

“I just had to come in here for a second, I don’t have a room.” I said, nonchalantly.

“Me and my niggas got a room. We got drinks, whatever drug you want, and a bunch of money.” Said the ring leader of the group of men.

I walked up to the 5th floor, with the five men. I knew what they wanted.

“This is easy money” I thought to myself.

“What you doing?” Said the ring leader. They all called him “bro”.

He pulled out his penis and attempted to ejaculate all over my face. I covered my face with my bag so the semen wouldn’t get on me, as I walked closer toward the bedroom exit door. I open the door and the other four men were still sitting in the part of the hotel suite. I walked past them, half dressed and they said,

“We not letting that body go no where.”

Those were the last words I heard before one of the men pulled out a machete and started slicing me to death. They mutilated my entire body. They cut off my arms, legs, head, fingers, and feet. There was blood everywhere. I couldn’t fight back. It was five grown men in there. They were all attacking me. I died in the hotel room that night. I shouldn’t have taken off my clothes nor should I have went to the beach. The men, were no where near cool with it.

Since I’ve been in the afterlife, I looked down from the clouds, and saw that no one had ever found my body. After I died, the men cooked me, roasted me, and ate me. They were black cannibals. I didn’t even know. The men threw the remaining pieces of my body in the trash and it went to the landfill. Nobody even went to the landfill to search. The black men continued to live their lives as normal, taking care of their wives and families. One day, I looked down and saw the same 5 men, having a gay orgy in the same hotel room. I didn’t wanna look down anymore. I lifted my head up and started laying on a bed of clouds and went fast asleep.