A note to myself: Avoiding dangerous predators in Norfolk, Virginia and the rest of America 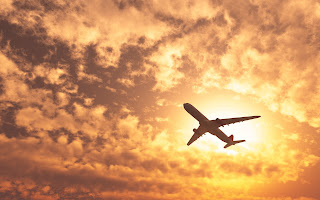 The United States- Norfolk Virginia, is just like any other big, nasty, gay city. The city is for predatory gays and homosexuals only, just like the gross, unsanitary, major cities in New York, California, Illinois, and Florida, and I’m not welcomed to live there or visit. Because I’ve been a victim of a serious crime, traveling through Norfolk Virginia by car, train, plane, or bus is extremely dangerous and life threatening without the proper security or training. It is the only way out of the Tidewater area of Virginia if I don’t have a car. If I don’t have a car, all those nasty gay predators and families will bully the living daylights out of me non stop. I have to get on the train, bus, or airplane, and they will use my information to track me. It is very serious. Be careful who I give my information too. Also in Norfolk, there are a lot of hoarders. Be of aware of anybody that has alot of disgusting stuff in their house such as hundreds boxes, rats, piles of trash, or roaches. Never talk to strangers, and never go to anyones house, especially if it is a whore house full of junkies, alcoholics, nudist, strippers, gays, and hookers. They all have a nasty STD or AIDS. All those large, nasty, unclean, groups of incest people throughout Norfolk and the rest of America, hate me.

Be aware of people with a nasty attitude, that work in public places. They are supposed to be professional, not ratchet. If they have a nasty attitude, then it is a deadly, dirty, ghetto, unsanitary place to be. If I have to catch the bus to leave, beware of shady predators lurking around at the HRT and at the Greyhound station. Never give them my name or phone number, because they will use the information to track me.

The city is full of child molesters. People in Norfolk will touch a child (anyone under 18) inappropriately, with no shame. If a stranger ask me for a picture or private video, don’t send them one, especially if the picture or video they are asking me for is a nude one. Even though I’m way over 21, they will use the pictures and videos to pass around to the all the sick predators and they will ruin my whole identity completely. If a woman or man speaks to me, tell them I don’t speak any English, or ignore them because they are all sickening predators. Never go to anyones house, even if I think I know them. They will only rape me or hold me hostage at gun or knife point, or use me for an accomplice in a crime. If I have to go to the airport to leave, try to use a kiosk or purchase your ticket online. Do not buy one from a sales person because they will try to scam me. I’m homeless, so don’t go to the shelter, it is full of thieves, gays, murderers, sick faggot-acting child molesters, child abusers, human traffickers, bums, rapist, racists, and dirty, evil spies that cover for each other. The whole city of Norfolk is a disgrace to humanity. It is one of the nastiest, grossest, filthiest, deadliest, disease-infested cities I have ever seen.

I’m not going to let groups of homosexual men with sick fetishes cause me to throw my life away anymore. I’m not going to let women that sleep in the same hotel rooms together, hate on me together. I don’t wanna be near ANY of them. I don’t know anyone, and I don’t EVER want to meet anyone. I am alone, by choice. People are nothing but fakes and groupies trying to force their nasty, unclean selves on me, just because they have more power.  I don’t care what they have. They are all DIRTY. They’re the most gayest, negligent, greediest murderers on the face of this earth.

I do not want to look at anyone in the entire state of Virginia, or the entire world, since they’re all going to be nothing but a gay, predatory, life threatening, fake piece of shit. I don’t have a family in VA. I don’t hang with black people. Yuck! They are all sickos and lames. I don’t want any of them speaking to me, looking at me, or preying on me with their family. *

*the safety advice and information in this blog is intended to be used by me only.