My name is Oya Obinidodo and this is my story: I haven’t left for the Mexican border yet 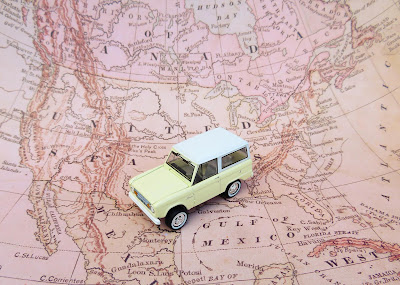 My name is Oya Obinidodo and this is my story: I haven’t left for the Mexican border yet

I don’t have travel insurance.

Traveling abroad for the first time can be very nerve wrecking. It is important to have travel insurance, because anything could happen. I can’t use U.S. medical insurance in a third world country. Life does not work that way. I have to pay for my own. According to my research, travel insurance can start at $500 for 6 months of travel. It can keep me safe, if something nasty was to happen to me out there. Besides, I’m a solo traveler, and I don’t know anyone, so people might be a little sickening towards me, and I have to be prepared.

I don’t have a place to cook.

When traveling to Mexico, I have to be able to cook like a chef. I already know how to cook dozens of Latin and Hispanic dishes, such as tacos, burritos, quesadillas, nachos, tamales, fajitas, and the list goes on. I’ve been cooking these kinds of foods for the past decade. I can’t bring food from the U.S. to Mexico, so I have to be able to purchase it from the local market once I arrive. I also can’t use EBT of course, in a third world country. Once I purchase the food, I will need to have a secure location to cook it. An apartment is the perfect spot. I can not cook like a chef inside of a cheap hotel, hostel, cabin, or tent. It has to be a house. I could cook in a car, but I don’t think I’ll want to be driving around in a foreign country for the first time. It just doesn’t make sense. It would be wiser for me to just get to know the area first.

I don’t have any relatives, so I don’t know where I could safely cook a meal for myself, without being harmed. I don’t want to travel all the way to Mexico just to eat a bunch of lame American food like cheap ramen noodles or dollar hamburgers. I also don’t want to eat out at any of the local restaurants, because I don’t want to be seen at all. It isn’t safe. I have to have a secure spot with a kitchen to hide in, while in Mexico.

I’m scared I might loose all of my pesos.

While in Mexico, anything could happen. The U.S. could cut off my money source, even though I made them aware that I would be in Mexico. I still don’t trust the U.S. government at all. Things could change in the blink of an eye. Even though I have to come back within 6 months, I still have a fear, that I will loose all of my money, and get stuck over there, without a single soul to rely on. If the money isn’t coming from a Mexican source, while in Mexico, then I can’t trust it. The money I take with me, to convert to foreign currency, will be the only funds that I can rely on. If I get stuck, I will have to go through immigration, and that doesn’t sound fun or anywhere near remotely cool. I can’t run out of money, for six entire months, or I will die.

I don’t want to get bullied by the Mexicans.

Why in the hell would I want to travel nearly 3,000 miles away from the East Coast, just to get bullied by a bunch of Mexican gangs or cartels? I gotta be treated better than a piece of trash. That’s way too far of a distance. Then to top it off, I’m probably going to be getting neglected by the whole city. I might not be accepted anywhere, and they might make feel like nothing. There is a lot of drugs, prostitution, and extreme violence, running rampant throughout all of Mexico just like the U.S. Some of the U.S. Mexicans, also known as “Chicano’s”, might try to spread of bunch of rumors about me that aren’t true, or try to put out a hit on me, to have me killed. I really don’t wanna go through all that torture. Some of the babalawo priest, Santeras and Santeros there, might be phoney or jealous of me too. I just can’t have all that sickening hate hanging over my head. I don’t want Christian people bashing my religion, or having other cult leaders pick on me.

I won’t be in a safe location.

The location I will be in in Mexico is nowhere near safe. Knowing me, and the little bit of dinero I have, I’ll be in the worst, most poorest, most filthiest, most violent, neighborhood of all time. I’ve seen stories of people saying that there are a lot of affordable apartments for rent, and that they don’t do any criminal or credit checks, but I don’t believe them. I would hate to get all the way over there, and can’t even move into a spot. I’d probably in up in a hotel, a hostel, a strangers basement, or worse- outside on the sidewalk laying down. I can’t image living in a tent or a campsite. It won’t be anywhere near peaceful or enjoyable, without a gun.

I can’t buy weapons for protection and self defense.

I can’t buy a gun over there. Just like I can’t buy a gun over here. How am I going to feel safe? How crazy am I going to look walking down the street with only a machete to my name? I don’t think that’s going to work. I don’t wanna go to Mexican immigration, and I don’t wanna be a walking, talking, negro looking target, while I’m abroad all alone. I will need way more protection than that, and I can’t just find protection off of the street.

The cost of getting there is expensive.

Getting to Mexico from the East Coast is very pricy, compared to getting there from Texas or California. Getting there by bus is about $500 one way, and $1,000 round trip. It cost around $300 by plane or car and about $600 round trip. It doesn’t sound like alot, but it is, when you’re in need of a round trip ticket. Getting a one way ticket, is extremely  dangerous.

My idea of a perfect trip

When I go to Mexico alone, I want my trip to go a little something like this. I fly there safely with my round trip ticket. I move into a nice, clean, air conditioned apartment, house, or condo. I visit the Mexican markets and cook various Hispanic meals and drink Horchatas. I drink tequila with my meals while enjoying relaxing music inside of my nice, cozy, place. I write more music, and then go to the studio to record it. I go to a Spanish school to study more Spanish or study it from inside of my place. I walk my dog. I watch scary movies and listen to scary stories. I enjoy the scenery and take pictures and record videos in secluded areas. I do a little bit of shopping. I burn a little bit of candles. I don’t get robbed, I don’t get trafficked, scammed, beaten, or raped, I don’t catch any diseases, and I don’t get kidnapped, tortured, and murdered. I don’t go to immigration. I say a little bit of prayers, and then I carry on about my life until it is time to return to the U.S. I have to return, because if I don’t , I won’t be able to go back again.

“What the Department of State Can and Can’t in a crisis” |Travel.State.gov | April 7th, 2020| https://travel.state.gov/content/travel/en/international-travel/emergencies/what-state-dept-can-cant-do-crisis.html