Norfolk, Virginia- Today, I went to Norfolk, Virginia. I went because I wanted to check out the local cannabis stores. It was a horrible trip and the people were uglier than a pile of human waste. It’s alot of transgender women and transgender men calling me a retard and a dusty, musty person out there. The level of evil and hate is very unclean, but I went via bus anyway because my car overheated broke down in Windsor, VA while I was dropping off more Ebay shipments just a few days prior. I wanted to rent a Maserati and Benz, from a website called Turo, but I decided against it because everytime I get a rental car in the gay city, I get stopped. It’s just a car. I don’t know why they snitch so bad when I try to drive fancy cars. I really wanted to drive around in style for a few days in Washington DC, so I could take care of some street business. I also wanted to use a new Lamborghini with the lift up doors for a prop in my next music video but I won’t be doing that either. Unfortunately, I’m too scared of the unclean snitches that might hate on the type of car I’m driving that day. I’ve drove many fancy cars over the past decade, and it was wack, because the cars weren’t mine, and I went to jail, even though I paid for them. The rental car companies and private car owners in the area are all considered snitches to me. I can’t trust them with my life, or my money, and I don’t want to get scammed by them ever again. The way they all treated me in the past, was nastier and more sickening than a man raping a 2 year old child.

I left from Suffolk Virginia at around 8am. I got on the bus wearing a all white isolation suit, a white face mask, and a face shield. I put it on because I knew I was walking through the nastiest infestation of AIDS, diseases, and uncleanliness known to man. I also had on gloves, so my clean hands wouldn’t touch anything.

Sometimes people touch their private parts without washing their hands, and then touch everything in public, especially door handles, money, groceries, or gas pump handles. The world is pretty gross. Viruses and bacteria last on surfaces for a long time, especially if it is constantly being touched and not being cleaned regularly. Covid-19, the Flu, and stomach viruses are all viruses that can stay on a surface for several days. A lot of places in the area, are very filthy.

As soon as I stepped onto the bus, a faggot man spoke to me that I didn’t know, in a loud, ratchet, tone,

“What you wearing that for, are you going to clean something?”

I didn’t respond. He was so ugly and disgusting that it was no way I could possibly speak to him. He ran his mouth to the driver in a loud voice throughout the whole ride. I could hear their conversation, yuck. I got off the bus and he came chasing behind me yelling and using profanities,

“Hey, you owe the bus driver you just hopped on and didn’t even pay…. Retard…” said the black rude man.

He literally called me a retard. He was ugly. I went back to the bus and paid the driver for an all day ticket. Then I got the hell off and transferred to another one. After I got off at the next stop I went into a convenient store asking for change. The cashier was a older, ugly, white man with blonde hair,

He had the nastiest attitude in the world. I went to the back of the trashy store and purchased a box of cheap Chardonnay for myself.

“Do I have to buy something in order to get the change?” I asked the ugly man.

“Yes, you do have to buy something.” he replied.

I purchased the wine and noticed that I only got a $5 bill. I needed ones.

A ugly cashier was standing right beside him and stuck his two cents into the conversation. He was nasty as hell. I got the change anyway, and walked out of the store and waited to catch the next bus. After I caught the next bus I rode it all the way to the place I was supposed to shop at. After I made my purchase, I started walking towards the bus, where several black women were standing and one of them approached me. I was petrified.

“Where you going dressed liked that? What’s up?” She asked.

“Hey where you going? Why are you dressed like that …fucking retard.” That black woman said.

I didn’t respond, I just headed towards the bus stop.

“Why are they talking to me dressed like this? This is disgusting!” I said to myself, wondering why those people were still speaking to me. It was unsanitary. I got back on the bus and headed to the next stop. After I got on the next stop, another young black woman said something to me,

“Hey where are you going dressed like that? Where did you get your outfit from and how much did it cost?” 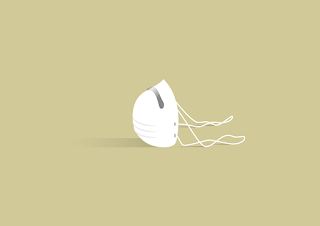 I couldn’t believe this was happening. Why in the fuck were those people talking to me? I didn’t even take my puppy with me. I thought they would leave me alone if I left him behind. They still felt bold enough to talk to me while I was alone. I couldn’t believe it. The infestation was so bad.

“Amazon. It was $4.” I told the young woman with the plats in her hair.

“What you need that for? Are you trying to protect yourself from Covid or something, like do you have Covid?” She asked.

“No I don’t have Covid, it’s just a isolation suit.” I replied.

“Oh what is that for? Is that to protect you from the Monkey or something?” She asked, knowing the real reason why I was wearing it and spooking me out at the same time.

“Yes.” I said, shaking my head. I got off at two more stops before reaching my destination.

I also kept thinking about the deceased grandmother that I never met that lived in Norfolk decades ago. She was a worthless person obviously. I have never met her or seen her face before, but I knew she was a piece of dog feces for not being in my life. My parental nor my maternal grandmother never existed. I never met them a day in my life. I never met neither of them! It is extremely sad. To this day, I still do not know who my real family is. I’ve been in the system my entire life.

While riding the bus, I kept thinking about all the incest people confessed to at the homeless shelter I stayed in, in the past, and all the gay orgies and thousands and thousands of homosexuals that I was forced to be around in the nightclubs, private brothels, and in the streets over the past decade. It was a total nightmare. I also thought about the people that confessed to having HIV/AIDS in the past. I wonder where they are now? Are they still living? Are they still breathing? Are they in prison? Are they in a house? What’s going on? Why are they like that? Then, I finally reminded myself, that I just can’t catch HIV, trying to get my questions answered.

Safety tips for arriving to Norfolk by bus, plane, train, or car alone

When arriving to Norfolk- especially by yourself, keep your valuables concealed. Sadist and psychopaths love preying on vulnerable individuals who are alone. Hold on to your backpack, wallet, duffel bag, or purse very tightly. Lock your car doors if you have one. Don’t walk around showing off your money, tattoos, clothes, body, or jewelry. Don’t buy illegal weapons for protection. Do not trust Amtrak attendants. They are some of the nastiest, fakest, predators in the world. Do not trust the police and do not talk to them. Do not talk to random strangers and do not exchange phone numbers with them or go to their house or hotel. Don’t engage in any conversation or small talk, and remain as safe as possible. Do not break the law, or join dangerous, life threatening gangs. If you’re poor, alone, struggling, or didn’t plan your trip wisely, don’t get sucked or scammed into spending a bunch of money that you don’t really have. You don’t want to get stuck there, because it isn’t very fun. People will know that you do not have anybody in your life, and take advantage of you on a life threatening level that you may have never seen before.
Don’t have unprotected sex, unless you’re carrying legitimate HIV/STD testing kits, if you’re traveling there for that purpose. If you’re traveling to Norfolk for the purpose of using your body- don’t, unless you have security with you. You’re putting your health, freedom, and your entire life in serious danger. You wouldn’t want to get beat up, killed, or worse- thrown in jail for a crime you did or didn’t commit. Don’t hang with the wrong crowd. Trust your gut, and always follow your first instinct. Think twice, before doing something you’ll regret later.
Labels: AIDS prevention HIV prevention Isolation non fiction Oya Obinidodo social isolation