Hoarders should be evacuated from their homes: Meeting a hoarder that wouldn't change 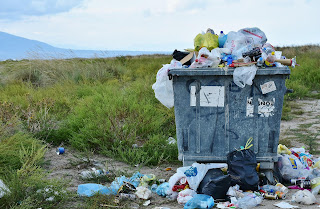 The United States- Bobby was a hoarder. I went to his house to ask him questions about his hoarding. When I stepped inside I was truly devastated. The stench was so bad, that I told him I had to come back tomorrow after I'm fully prepared. I went back the next day, dressed in a full space suit or protective suit if you will. The suit was all white and I had a face shield, gloves, and a face mask. It was the kind of suit that you would see a person wearing in a laboratory. I couldn't walk into the hoarding infestation without the gear. He opened the door.

“Hi Bobby, how are you?” I asked. “Is everything going okay?”

Bobby was a 44-year-old man I had met online, through a mutual contact, back in 2010. He had sent me an email and asked if I had the resources to help him with his terrible hoarding addiction. I agreed. He opened the door wearing a pair of brown overalls, a flannel shirt underneath, and wheat-colored boots. He was of medium build, with a dark tan, and a wild afro. The afro had gray strands in it.

“I’m hanging on in there,” he said nonchalantly in a deep southern accent. “Why’d you have to wear all of that?” Like he didn't know why.

“Come on Bobby, you know why. Can I step inside so I can ask you some questions?” I asked, ready to do the interview.

“Yeah I guess you can come on in, I got a pot of water for some tea on the stove if you want something to drink.” Bobby stated.

Yuck, I thought to myself. This man's house was overcrowed with boxes and junk soon I walked in. I couldn't imagine drinking out of one of his cups. It would've been the furthest thing from sanitary. As I followed the man into the kitchen I wasn't at all surprised at the level of hoarding he had succumbed to. There was rat droppings, rats crawling out of boxes, bugs, urine, and boxes to the ceiling. There was stuff scattered on the floor, on the tables, on the chairs, on the counters, and in the halls. It was pure filth. Each room was the same. I had to walk through piles and piles of trash just to get to the kitchen. His hoarding was so bad, it was like the TV show. I can't believe people like Bobby hoard so badly. There literally was no where to sit for an interview.

“Bobby, how do you sleep with all this stuff on your bed and in your hallway? “ I asked.

“Whenever I have to lay down, I just move it over to the side or move it to the floor. I dont have anywhere else to put it.” he responded.

“OMG. How did your addiction get so bad? Why in the hell do you need all of this garbage!?” I asked angrily.

He began showing me different souvenirs and collectibles, and old memories of his old career from like three decades ago. How could a man in his 40s be so filthy? He picked up a baseball bat.

“This was signed by Jackie Robinson himself. I can't get rid if this.” said Bobby as he asked me to follow him into another room. Then he picked up a box of empty soda bottles. “This is for when I go down there to the recycling center. I gots to get my money. I can’t throw nothin’ away.” After that, he picked up a rusty old doll baby with a broken arm. “This doll was my grandbaby's doll, before she took off with my daughter and moved to another country with her husband. I haven't heard from them since.” He started to look teary eyed. “I haven't seen her mother either. After we got a divorce, and moved out, she said don't call her again. She moved on with another man, and left me in here. I haven't found another wife since. After that, I never wanted to let anything else go. Not even a piece of torn up piece of paper.”

“Why did your wife leave?” I questioned the man.

“Because she said I wasn't good enough. She said that the man she was cheating on me with, can treat her better.” he said. “I did everything to make her stay. I tried buying her things, taking her places, and she just wouldn’t stay. I wasn't like this before! I wasn't hoarding like this! This house was clean enough for us to be a perfect family, and she just wanted to run off with some man with a bigger dick down there!!” He said, frustrated.

“Now Bobby, I'm sorry about your wife leaving you, but how are you going to get another one, if you don't clean some of this stuff up? I mean, this is ridiculous! This is an infestation!” I said firmly.

“I don't have anyone to come over here and help me clean this mess. Don't nobody wanna come in here anymore. It's been like this since she left 14 years ago.” He said.

This man let 14 years of hoarding destroy his life.

“Bobby, I can help you, but you got to be willing to let some of this, if not all of this junk go. I can call a sanitation crew tomorrow, and we can get the process started, all you have to do is want to change. You can't keep holding on like this. This is disturbing, and unliveable.” I told him.

“I'm sorry Miss Oya. You don't understand. I need the stuff. I don't even care about the rats and the bugs.” Bobby said with certainty.

“No you don't need this stuff!“ I yelled, pointing at a moving rat. “You asked me for my help and I'm here now to help you. So what's up? Do you want to start over or not!? Why did you even contact me!?”

“I’m just not ready yet. I didn't mean to waste your time.” he said.

“Well here's the number to the sanitation crew. Call them yourself.” I handed Bobby a card. “Don't even bother calling me again to help. I'm only one person, and I wanted you to get your life together now, but I can’t make you.” I said to Bobby as I headed for the door, never to return again. I left Bobbys house, and drove home. His living conditions caused me to burst out in tears. How could he do this to himself? How could he fall off like that! I had to live with the fact couldn't help the man and that I, wasn't powerful enough to make him change his mind.

The next morning, I was sick to my stomach. The trauma from all the filth I had seen is overwhelming. His house looked like a landfill inside. It literally looked like the inside of a dumpster. There are millions of hoarders just like Bobby, and they have become so comfortable living in absolute filth that there seems to be no hope, for the poor that want a clean home to live in, and can't afford to buy one, because there are too many unclean people just like Bobby, that won't take care of their own house or appreciate the fact that they have one. Their situations are absolutely sickening and gross to the max. I believe that all hoarders should be evacuated from their homes. Their houses should be cleaned and given to someone else, or bulldozed and condemned all together. They don't deserve anything. They don't deserve a home.