Listening to outdated music is a thing of the past 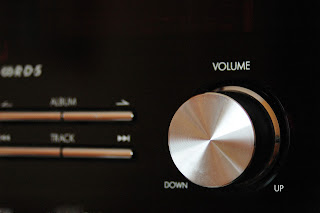 Yesterday while I was driving late at night, I drove past several house parties that were blasting old ass music. Several cars also stopped at the red light next to me, blasting old songs. I really, really, really, hate being in areas and neighborhoods like that. Listening to old music is very lame to me. I don’t go to clubs and bars for the same reason. All they play is old washed up music from decades ago. They play 70s, 80s, 90s, and 2000s songs like it’s going out of style. In a wack area, you’re bound to drive past someone that’s blasting a song from 2009, instead of a song from 2022. It’s very irritating. I don’t wanna hear it.

I also hate being in neighborhoods where I have to live next to a bunch of wild party animals that throw wild block parties, and I am forced to hear all of their dirty voices and loud music. It’s sickening. I hate that type of stuff, and I hate old outdated music even more. I ignore those type of people because they are ratchet and disgusting. Even wearing earplugs won’t prevent me from hearing all those loud mouth people and their loud, thumping, obnoxious music. I have to drive away to a deserted island to get the peace, privacy, and respect I so desperately deserve. I won’t have to listen to old wack rappers and singers from decades ago blasting through some ratchet peoples audio speakers. If there is wild partying and loud music, I do not want to be near it, they are too unclean and way too unsafe to listen to. During the summer, people in the neighborhood party almost every, single weekend. It is annoying every single time.

These days, I never even ride in the car with other people. There is nothing safe about riding in the car with strangers, even as an adult. I go everywhere by myself. I don’t want to look at people, hear their voice, or be forced to listen to the nasty, washed up music coming out of their speakers. A couple of years ago, while I was riding in a rideshare app car, I asked the driver to cut off the music. I would usually do that, every time I rode in one, and they would usually respect me, and let me ride in peace, but this particular driver was nasty. After I asked her to cut the music off she said “This is my car, I’m not cutting anything off.” I calmly asked “Ma’am, I have a right to ride in silence because I am a paying rideshare customer, so can you please cut the music off?” The, big, fat, nasty, ignorant, sickening, sloppy fake woman raised her nastiness up a notch and said “No I’m not cutting anything off!”, then the fat lady started to yell at me, and then started singing and humming to the music even louder. I ignored the nasty, fat, black lady, and rode to my destination holding back vomit. She was just one of the many of hundreds of sick, twisted, unsanitary, sadistic bullies I’ve encountered over the past two years. It was the last time I’ve used a rideshare app, and it will stay the last time. What’s even more twisted, is how those sadistic drivers have to know the location they are dropping me off at. They don’t need to know. Some of them are too lunatic, and it isn’t safe.

The nastiest, dirty, incestuous, and annoying looking bullies in the area, are very dangerous to be around. My body feels unnatural and disgusting every-time I’m around people that treat me that way and talk to me that way. I still vomit every morning.