No more e-commerce: I stopped being a psychic reader because of cyber bullies 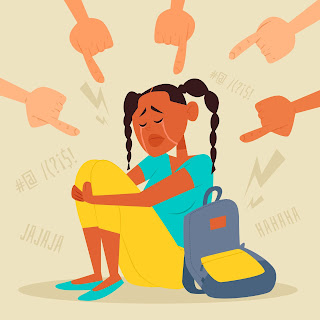 No more e-commerce: I stopped being a psychic reader because of cyber bullies

The United States- I stopped being a psychic, about a month ago. My business had an online store, that lasted for about three years. During those three years, I only had three sales. I only made about $200 total. It wasn’t worth it. I spent thousands of dollars on candles, tarot cards, books, and other psychic stuff. I read lots of books that taught me hexes, spells, and spiritual knowledge. I called psychics on the phone, I had meetings with them, and I visited them. I was really into it. Over the years, I grew out of it.

As I started becoming more aware of the bullying and unnatural abuse I suffered from society, I closed my store completely, after getting banned from a e-commerce site for discriminating against the bullies that were harassing me. I stopped wanting to deal with them, and I don’t want to try to sell them anything or speak to them, and I have that right. I am a human, and people discriminate against me every day. Soon I do it, people throw a fit. That’s okay, I won’t try to sell those nasty, unnatural people anything else. They want me to be the scum of the earth, because that’s what they all are. I’ll just go without money and stay poor. It’s nothing I can do about it, because they are too sickening, unnatural, disgusting, greedy, racist, and cruel. They make me feel extremely nauseated and gross, so I have to hide from them more.

I woke up one morning, and the store was gone. I had violated the terms of service for not wanting to sell anything to those kind of people. I won’t mention the name of the platform. I won’t acknowledge them. They were added to the list of sites I will never use again, and that’s that. I didn’t try to figure out why they did it, or if I can start another account. I’ll pass. Starting another account on websites that don’t want me on them, is asking for serious trouble.

I still own the domain to the store for the next 4 years, but I’m not going to transfer it. I’m deleting that too. I’m not going to invest anymore money into a store that isn’t going to get me anywhere. I’m also still very homeless and unsafe, especially around women because they are abusive, incestuous, and sickeningly gross. People became so overwhelmingly nasty and gross, that I could barely keep my food down around them. I can’t even eat a meal in front of them, I have to eat somewhere else, or I will vomit until I start talking to myself and start feeling suicidal. I have no where to store my store supplies or enough willpower to keep it open. I refuse to waste anymore money on inventory or store cost. I don’t want to donate the stuff and I don’t want to use it. I’m just stuck with it. Have you ever had a e-commerce store that didn’t last because you were bullied? Share in the comments below.