I regret mentioning rappers in my music 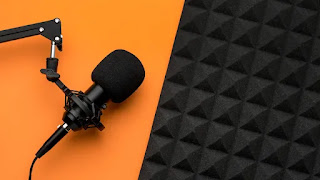 Fm photo created by freepik - www.freepik.com
I first started writing music in 2021. In my very first song, I mentioned being a Crip and listening to Nipsey Hussle (Yuck). In my other songs I also mentioned Lil Wayne, Kevin Gates, and other well known celebrities, because at the time I thought it was cool. It was a huge mistake. I’m not in Hollywood anymore, and I’m not that rich anymore. I’m on the East Coast now. While I was writing my second album in Illinois these past three months, I realized that I shouldn’t mention other rappers for several several reasons. One is because I don’t know them personally. Why should I mention rappers in my songs if I don’t know them? Famous rappers have a huge fan base and I don’t. Mentioning them isn’t going to get me anywhere. I don’t record music with other rappers, I don’t perform with them, and I don’t do music videos with them, so mentioning them is completely irrelevant. Their fans are mostly gays and criminals, and sloppy people. Why would I want to be associated with that? They also have a lot of funky women in their videos. It isn’t a good look to keep mentioning those kind of rappers that have women shaking their ass and kissing in the mouth. It’s very uncool and gross. I don’t support any of that. I don’t go to concerts anymore either.
Another reason is because they are constantly making music that I don’t listen to. Mentioning other rappers in music can be extremely dangerous if I’m not constantly keeping up with their lyrics. They could be encouraging homosexuality (particularly between women), murder, and a bunch of other stuff that I’m not into. If I’m not constantly keeping up with their songs, and I don’t know what they’re rapping about, and I don’t know them personally, then it isn’t safe to be affiliated with gangs and rappers that I never even met. It can cause a lot of unnecessary beef and violence that could be prevented I just don’t mention them.
The last reason I should stop making references to other rappers is because rappers die quick. A lot of rappers get shot and killed due to gang violence. They get caught slipping while just going to the store. I don’t wanna be involved in those types of gangs. Some of them even go to prison, behind some of the stuff that they rap about. It’s insane. It’s just too much animosity between rappers these days, and it could easily be prevented by not mentioning them. It also isn’t cool to mention certain territories, neighborhoods, blocks, and street corners. I will never mention another rapper, go to their concerts, watch their music videos, or listen to their music, ever, ever, ever, again. I do not belong in that type of circle. I belong by myself.