I am a human being: I hate being bullied by the AIDS and incest people! 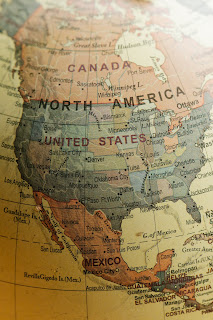 The United States- I have a right to live and breathe  just like all the phoney people in the world. I’m tired of the big nasty bullies from all over America, bullying and harassing me. Bullies from Philly, New York, New Jersey, California, Virginia, North Carolina, and Baltimore act like big, nasty, incestuous clowns and bogus gang members. Get the heck out of here! I don’t have to have a family here! I don’t have a family any where in America. I’m not scared of anybody! I don’t have to be incarcerated or a hospital around sickos just because I’m being bullied, and I don’t have to join a gang! Gangs are for the gays these days! I have to be gay to want to be in one and I’m not! I am not a Crip, I used to be back when all the members were straight and hetero! I’m not getting any FREE protection from them, there’s no such thing! Gangs are violent not SAFE! Getting beat up is no where near considered protection! I can’t think backwards! I still bang, and I’m not in a gang!

I don’t even care if the losers see me! I don’t even care if they see me talking to myself in public! I used to care, because I didn’t want to appear to be too unclean, but since they are dirty, filthy, unclean “people” that left me that way, I don’t care what they see anymore. Who the hell are they? I don’t know any of them! Not a single soul! I don’t give a rats behind if they see me living piss poor! That’s the way the people that brought me into this world left me looking from birth! They can’t make me leave America! If I ever leave the U.S., I left because I wanted to, not because I’m scared of a group of crossdressing gays and pedophile Americans! I can’t be and I won’t be!

I do not sleep with anybody in America-period.

I’m not scared of anybody including gang bangers, racists, and human traffickers! The only thing I’m scared of is the HIV. I don’t want that. My legs are shut for the rest of my life! I will never let another gay man have me! I will never let lame women or a lame couple pimp me or trick me off! I own my own body! HIV/AIDS does not have a certain look. People from all walks of life are infected with it and I can feel that their HIV/ STD/AIDS positive presence is extremely heavy on the East Coast. Of course, the HIV disease is spreaded through…….that’s right you guessed it- SEX, and the sharing of dirty, unclean, needles.

I’m not dirty just because all the gays I ever met neglected me and I can’t have clean intercourse. It’s not my fault. That doesn’t make me dirty, unclean, person. I’m very holy. I’m so holy that my body and face is permanently concealed, meaning no one can ever view it. Trying to view me, is like trying to view a dead body in a closed casket. I don’t want the gays on me, I still have two children, even if the world doesn’t care! I’ll never let a pedophile family raise them! I’m a mother, and the gays are still telling people I’m not! Jail and hell is no place for me, just because men like men more than me. That is not my fault.

Gay men all over America are still calling women that have incest, obesity problems, gay group sex, or AIDS “baddies” to this very day. That's why I'm still single and poor. They feel as though I shouldn't have anything because I don't fit in any of those categories. Gay men are still finding homosexual women with big houses and burnt out female predators with project housing to be extremely attractive. The gay predators are made for each other! You people are not required or asked to like me-period. I’m not scared of gay men and married or single women that wish they were gay men. I’m not scared of women that wish they were women and men that wish they were women. The AIDS INFESTED gays run the entire East Coast but that doesn’t have to mean I have to catch HIV.