How to scare off a bully and become a crime lord

Disclaimer: I have not done or tried any of this. I can’t tell you what the results will be if you try anything mentioned, but you could be spending quite some time in the you know where if there are witnesses, haters, and snitches are present.

Sometimes you want to seek revenge on someone who has played you or did you extremely wrong, bullied or harmed you in some way. Suppose you have tried all you can to escape the person or multiple people, and nothing worked. Here are some tips on getting a bully or a group of bullies to back off. 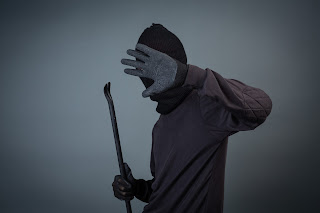 Be an uninvited guest

Be an uninvited guest if you want to scare off a bully. Go where you aren’t wanted. If they told you to never return to their turf, return. Stalk them on social media, follow them to social events, find out who they know and where they live, work, dine, their favorite vacation spot, and the stores they usually shop at, if you don’t already know. Use as many unmarked vehicles as possible to track them or place a gps tracker or eavesdropping device in their vehicles. Hack their computers, or phones if necessary. Once you locate them, make sure they don’t have a security team, cameras, too many witnesses present, or bodyguards. If they do have cameras, find out where the cameras are, unwire or remove them, and point, aim, and shoot at the camera immediately, or point an infrared beam directly at the camera to blind them.
Then, show up to the location acting big and bad, and let them know who’s boss. Be as scary and threatening as possible. Talk a lot of trash, yell profanities, scream, throw punches at them, or point a weapon in their face. All of those things are illegal, but it will scare the living crap out of the sissy-acting bullies that hurt you. If you have to, sneak into their home and sit on their couch and smile at them when they walk in. Ask them how their day went while helping yourself to a cup of water, or alcohol from their cabinet. Wear one of their bathrobes, or their most expensive piece of clothing or jewelry, and then light up a big fat joint to puff while bathing in their bathtub or jacuzzi. Smoke a cigarette or cigar in their living room. Do as much creepy, annoying, evil, nasty, abusive, threatening, violent, gang related stuff as you possibly can in the smoothest, slickest, way you can, to make them attack you and start a war. Try to ruin their life as much as possible. If you have to, break one of their dishes over their head, throw a object at them, and rob them. They will eventually leave you alone. 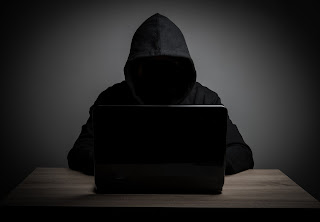 A photo of a creepy cyber bully Free image on freepik.com

If you are far away from the bully, send him/her/them hundreds of text messages, emails, unmarked or disgusted letters in the mail. Say as many mean, cruel, nasty, sadistic things as you possibly can to get them off of you. If you’re sending them a letter in the mail, kiss the letter with lipstick or human blood, or add a fingernail clipping, strands of hair, a tooth, a missing finger, or some other scary object to the letter. Send them as much hate mail as you sadistically can. Send them creepy packages with dead animal remains or human saliva with a threatening message attached.
You could also try annoying them by sending them dozens and dozens and dozens of roses, and tell them you love them and you love them even more, over and over and over. Repeatedly compliment them on how gorgeous they are, how smart they are, and how handsome or pretty they are until they are completely sickened. You can send them roses to their job, their office, place them on their doorstep, or send them straight to their door by wearing a creepy mailman disguise when you know they’re at home. Knock on the door or creepily ring the doorbell three or more times and say “This package is for you.” once they open the door. Compliment them on as much as possible and make them feel special. You can say things like “You have such a lovely place” or “I love your car.” If they fall for it, then you can be as evil and sickening as you want once they speak to you. You can even shove your way into the house, immediately knock them out, and hold them hostage. If you don’t want to do all of that, you can just spy on them from a distance or a remote location and watch them closely to see how they react to the stalking, but make sure they never find out where the dozens of roses, packages, letters, emails, phone calls, or notes came from. If they somehow find out it’s you, attack them before they tell on you.

Mock everything that the bullies wear

When you locate the bully and confront them, use some of their favorite phrases against them. For example, if they say something to you like “you’re ugly, go away”, mock them and say “you’re ugly, go away” in the most high pitched, whiniest voice possible, while making quotations gestures with 4 fingers. Mock every single nasty thing they say back to you, and whine while you are doing it. If they try to swing at you, immediately knock them out cold. If you can’t fight- learn to, use your weapon, or knock them out right after you mock them the first time, and don’t hesitate.
You can also insult the bully or bullies, by saying a phrase like this “Ahhhhh Haaaa! That’s why you ________”. If they have a big giant pimple on their face, fill in the blank and say “Ahhh Haaaa! That’s why you got a big ass pimple on your face!”. If they have a fat mom, fill in the blank and say “Ahhhh Haaaaaa! That’s why your momma fatter than Elephant!” I think you get the picture. Pick their most disgusting obvious flaw, and insult them. Then, see how they respond or attack first without hesitation. The choice is yours.
If you want to be even more evil, call them names like gay, homo, faggot, tranny, sluts, bitches, niggas, and crackers as many times as possible for as long as possible. Use as much vulgar, disrespectful, dirty, profane language known to man while you insult the bully. If you start attacking them physically, make sure that those are the last words that they hear, so they’ll know what they were before they start drifting off into unconsciousness.

Drug or poison the bullies

Locate the bullies at a local event or at a restaurant serving food, and put roofies, spit, urine, human excrement, dog hair, fingernails, crushed roaches or dead flies, drugs, drops of gasoline, or rat poison into the bullies Kool Aid, water, food, or punch if you will. Spike it as much as possible and walk away, or wait until they pass out, smoke a cigarette or a big fat joint or cigar, and then walk away. If they have a cellar, dugout, or basement, drag the bullies in there one by one, and nail the door shut. They’ll leave you alone. 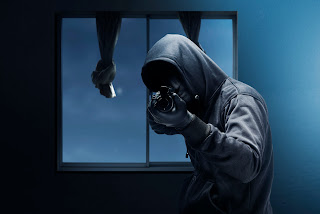 Shoot them if all else fails. Don’t even waste your time trying to make them go away.
After you shoot at them, you will probably go away for two decades or more, depending on the severity of the damage, but you have to make sure it was worth it. It usually isn’t, unless you want to be controlled, threatened, murdered, starved, beaten, or severely injured by even more bullies for two more decades.
Labels: American crime bullies bullying city survival Crime crime lords gangland gangs gangstalking hate crimes robbers terrorism thieves true crime Urban survival