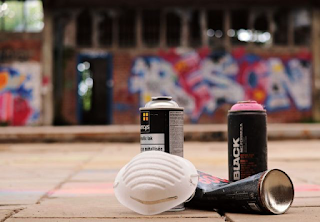 East Coast-U.S.- I've joined several gangs throughout my life. None of them I am proud of being in. I've joined them in different cities, in the past, but as I got older, I got turned off by being in one. They were violent, and full of crime. The members were experts at terrorizing me and making me do things I didn't want to do. I’ve witnessed thefts, break-ins, robberies, violent physical assaults, rape, human trafficking, drug trafficking, and other violent gang related activity. I got a lot of money in those gangs, money that I wish I had now. The gangs I were in, were extremely huge in number. They are the two largest gangs in America.

The first gang I joined was the bloods. I joined the bloods around 2003. I can't speak on the initation process, but it still haunts me to this day. The second gang I joined were the crips. I had heard a lot about the gang around the year 2000, then again in 2004. I officially joined the crips somewhere around 2015. I was initiated multiple times, in multiple cities, by multiple different sets, over the course of the past 7 years, which is when I began my life as a hardcore felon and female gangster. I spent time in the joint for Marijuana distribution and a number of violent hate crimes. The hate is extremely real, and I can't stand squares anymore.

Some of those set I joined include, neighborhood crip, eight trey gangster crips, woo crips, rolling 60’s crips, East Coast crips, and more. They were all mentioned in my short story educational book, Folk Nation, which was released earlier this year. I was initiated through mostly beatings, secret handshakes, the D word (ends with GS), and human trafficking. I became one with Folk Nation. Throughout my time being in those gangs, I got a lot of tattoos. First, I was tatted on my upper arm, Then on my thigh, then on my lower right arm, then across on my chest, then my whole right arm, and a piece near the buttocks area. After that, I continued getting ink on my chest, and started a sleeve on my left arm. I don’t want any of that to be seen by the public eye, unless I’m recording a music video.

For the past year, I haven't been hanging around any gang members. I realized that my life was getting way too dangerous, embarrassing, violent, and destructive. I decided to leave drugs alone for good, and never get into anymore trouble. I got tired of being scared of more time in the system. It was horrible. So horrible, that I want the memory to go away for good. The gangs neglected me, and didn't have my back. No one ever had my back. They may have paid for a few things here and there, but I was putting in most if the work, and they were just there to reap the benefits of my hard street labor. Now, I don't go searching for gangs to join. I don't need a family that bad. Exiting a gang isn't easy, sometimes they will try to kill you, for leaving them. They feel like you're a waste of their time, if you're not staying down for life. I feel the same exact way, so I stay to myself. They didn't provide as much protection as I thought. They were just there to take. It was a dog-eat-dog type of deal. I could not handle it. I mean, don't get me wrong, if someone was to try to get it “craccin” on me, I’d have no problem proving myself. I'm not a punk, I'm not a wanna be, and I'm not a snitch, but as of right now, I still remain an inactive member.