Socially isolated forever: My life is still a living hell because of the infestation of hillbillies and snobs 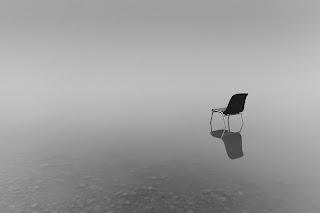 Socially isolated forever: My life is still a living hell because of the infestation of hillbillies and snobs

My life is not perfect. Everyday I wake up, I feel like I don’t have a purpose. It’s a disgusting feeling. I live in a place I don’t want to live in, I wear clothes that I don’t want to wear, I have a car that isn’t up to date, I don’t have a computer, I write books that people can barely understand, and music that people don’t support. I can’t afford a house, I can’t afford jewelry, I don’t have money to record films, and I can’t fucking go anywhere, because of the crime and incest infestation I might face.

People have a sick mind. I’m not into any of that sick stuff they’re into. All I ever wanted to do was get rich. I wanted to have a mansion and fancy cars and lots of fur coats and jewelry. I’ll never get that. Over time, I became more realistic with my goals. I decided I just want an apartment, a college education, and a job. I’ll never have that either. Then I became even more aware of my poverty level, and I decided that all I want is a tiny house or an RV. I can’t afford that either. Then I finally realized that I’ll be living in my car or outside for the rest of my life, because people are sick out of their mind. The way they hate on me has been extremely nasty, abusive, and unsanitary. It hurts, and the way they treat my son hurts also. I hate to see him crying, because I can’t afford anything. People are extremely sickening. The tears will not stop falling down my face. They do not care.

I’m not a nasty woman, I have class, and the lowest life of predators tell lies on me

I’m not a disgusting woman. I don’t have sex, I don’t wear polish on my nails, I’m not a child molester, I’m not a prostitute, I don’t have buttock implants or fake breast, I never had a penis, I’m not a man, I have a period, I don’t look at other women bodies, I’ve never been a homosexual, I don’t speak to women or take their advice. I don’t tell a bunch of lies, I don’t steal peoples property, money, or relationships. I don’t wear body piercings and I never have. I don’t talk on the phone. I don’t show my body off to anyone, I don’t use drugs and I’ve never abused heroin, meth, or fentanyl a day in my life. I don’t cook food for others. I don’t go to parties, I don’t hang out in the streets with thugs and prostitutes. I don’t have jungle fever. I don’t abuse animals. I don’t have any sexual diseases or regular diseases. I don’t smoke cigarettes. The list goes on. There are a lot of reasons why I seclude myself. People look at me and judge me. They think I’m disgusting and gross because of the lies the incest people tell. I would never do those types of things or hang around the people that do them. I am not a liar, whether people believe me or not, and I do not want those sickening people around me. I do not want to look at them, hear them, or be around. I don’t want to be around sickos and perverts that abuse me and accuse me to make me feel gross. They want me to feel disgusting, because they felt disgusting, because they had nasty incest with each other, and some still do on a regular basis. That is why most people are so close to each other and overprotective of each other. The love they for each other isn’t natural. It’s sick. It’s not fair, and I shouldn’t have to get bullied by people like that. They are the ones doing those sickening things they accuse me of. That is why I am always by myself 24/7. I never go anywhere with ANYONE. People are absolutely disturbing.